A Northern Virginia teenager is in custody in connection with a neo-Nazi swatting conspiracy.

ALEXANDRIA, Va. (FOX 5 DC) - John William Kirby Kelley, of Vienna, who went by “Carl” and “BotGod” online, is expected in court again on Wednesday in connection with an online Neo-Nazi swatting conspiracy that investigators say targeted high-profile places and people, including a historic African American church in Alexandria.

Kelley, 19, was first arraigned on charge 18 U.S.C. 371 last Friday. The charge reads: “Conspiracy to commit an offense against the United States, that is, to transmit in interstate commerce communications containing threats to injury the person or another.” If found guilty, Kelley could face up to five years in jail.

Swatting calls: what you need to know

A northern Virginia teenager is due in court this week accused of threatening black churches and Jewish centers with fake reports of pipe bombs. Cpt. C. Thomas Jordan of the Montgomery County Police Department joined FOX 5 to discuss the impact of swatting calls.

The FBI says “swatting” is when a fake emergency is called into 9-1-1 to get a large police response. The SWAT team often responds. These are serious incidents that have previously ended in death.

In the Virginia case, investigators say the 19-year-old and at least one other person not named, participated in swatting incidents that impacted hundreds of people all across the United States, as well as Canada and the U.K. A court document outlined 134 different police departments impacted in 33 days.

Those same court documents say Kelley used the “dark web” to run a site where conspirators discussed and planned the swatting events. Investigators say racist rhetoric and links to live stream events were also shared by the co-conspirators. “The conspirators were able to conceal their true identity by using Voice over Internet Protocol (VoIP). The VoIP calls were made using Google Voice with email accounts…” said an FBI Special Agent.

In one November 2018 incident, investigators say the group targeted a New Hope, Pennsylvania vape shop. Police had the community shelter in place, according to court documents. 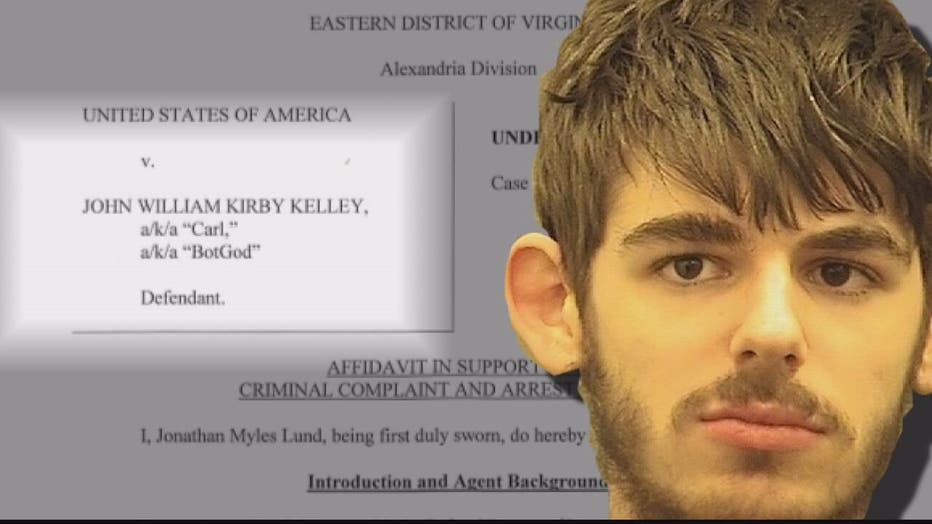 In another incident, someone called to make a bomb threat against the historic Alfred Street Baptist Church in Alexandria on November 3, 2018. The caller claimed they placed three pipe bombs at the location and wanted to “blow it up.” Investigators say there was also mention of a shooting. Police evacuated the building and used K-9 explosive detecting dogs to search the property, also according to court documents. Investigators later noted that the church was targeted because it is an African American Church.

The criminal complaint says someone claimed to be armed with an AR-15. The caller also claimed to have placed multiple pipe bombs around the building. Campus police connected this call to another, where someone called-in to apologize for making an accidental phone call.

Police and FBI forensic investigators compared the voices on both calls. Investigators matched email accounts and other information, which helped connect Kelley to the swatting activity.

Court documents say ODUPD arrested Kelley on January 31, 2019, for having drugs in his residence.

The warrant for his arrest in the swatting conspiracy was signed on January 8, 2019.