Daniel Corder has built more than 30 ships to sell. His most recent ship has made it to a viral social media post.

NORTHUMBERLAND COUNTY, Va. - A $49,000 pirate ship went viral after being posted on the popular social media page Zillow Gone Wild. The ship is for sale in Callao, Virginia, in the Commonwealth’s Northern Neck.

The man who built it is Dan Corder, a retired Loudoun County firefighter who lives in Callao.

This particular boat for sale is the 33rd Corder has fixed up. Disney even bought one of his boats.

Corder buys old boats he says that are "left for dead," and fashions them into pirate ships using materials he finds around town. He adds the skeletons, of course, which he can never find enough of.

"The problem that I have with them is no matter how many you buy, I never have enough," Corder said. 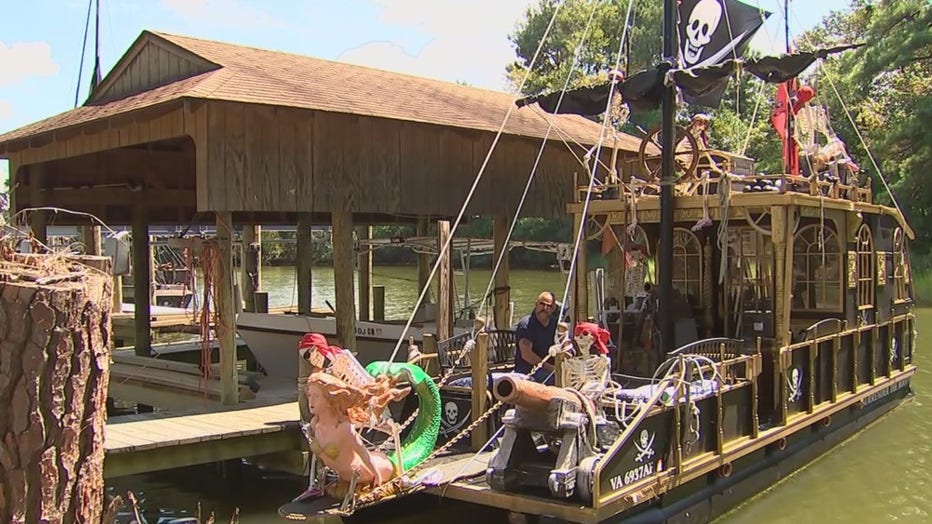 This hobby got started when his neighbor had a boat he wanted to get rid of. Corder offered to take it off his hands and decided to turn it into a pirate ship.

"Anyone can own a boat. If you’ve got deep enough pockets, and you want, you can go buy a boat. But you are the coolest kid on the block if you’ve got a pirate ship," Corder joked.

At some point, he decided to start building more and has never really stopped.

"It’s morphed into this hobby of mine," Corder said.

He calls each boat a story of rejuvenation. The Virginia native doesn’t do this to make a profit, he says, opting instead to find a buyer his boats will bring joy to.

"I maintain good relationships with the people that bought them, and I’ll kind of have an intuitive feel when the right guy or gal comes along." 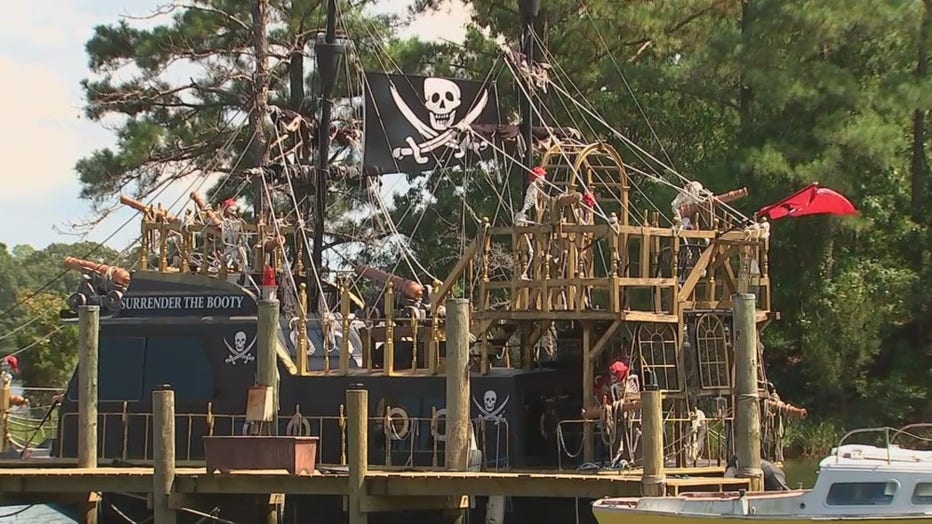 When Corder dives into a project he works day and night to get it done. Some take weeks, others, like the one posted on Zillow, take three months.

It’s a labor of love in more ways than one. Corder’s wife, Denise, passed away from ovarian cancer about five years ago.  He says she supported his "eccentric" habit when she was alive, and he thinks about her a lot while working on something he knows will put smiles on people’s faces.