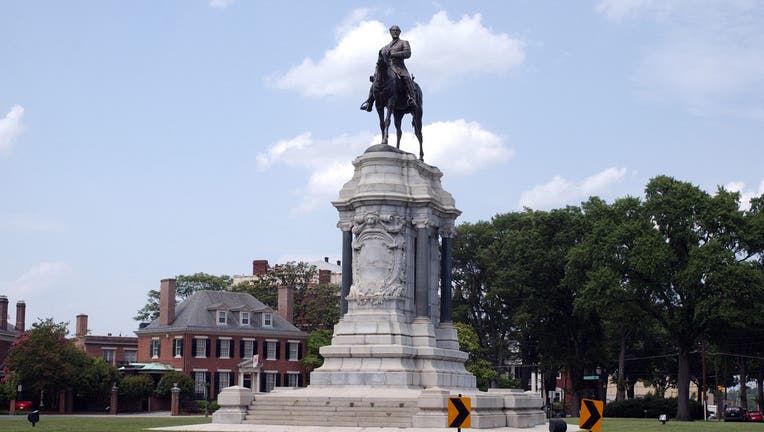 The Gen. Robert E. Lee Monument is located on Monument Avenue in Richmond, Virginia. The large equestrian statue, which depicts the Confederate commander on his horse, Traveller, was created by French sculptor Jean Antonin Merci+¼, and unveiled on Ma

RICHMOND, Va. (AP) - Local Virginia governments may soon have the power to remove Confederate monuments in their public spaces under legislation approved Tuesday by state lawmakers.

Since a violent 2017 white supremacist rally in Charlottesville, Republican lawmakers had rejected renewed calls to amend a war memorials law to allow the controversial statues to come down. But the GOP in November lost full control of the General Assembly, giving Democrats an opportunity to target the statues that critics say distastefully glorify Virginia's history as a slaveholding state.

On Tuesday, largely along party lines, the Democrat-led House and Senate passed measures that would give cities and counties the autonomy to "remove, relocate, contextualize, cover or alter” the monuments in their public spaces.

Del. Jay Jones, who is black, said in a speech Monday that many of the monuments were erected in the 20th century, decades after the Civil War had ended and during the “throes of Jim Crow." He said people in Norfolk, his district, overwhelmingly want a “Johnny Reb” statue removed from a downtown square.

“Every time I drive past it — which is every day to get to my law office — my heart breaks a little bit,” he said.

The measures' opponents, who compare removing Confederate monuments to erasing history, have raised concerns that the legislation could lead to a push to take down memorials to other controversial conflicts, such as the Vietnam War.

“I do not believe this will end well," said Republican Del. Charles Poindexter, who added that the bill sent a “tough message” to every veteran or dead veteran's family.

Each chamber advanced different versions of the legislation. The House and Senate may next conform the language of the bills to match or advance them to a conference committee that will work out the differences.

The Senate's bill imposes several hurdles not included in the House version that a local government must take before removing a monument. Under the measure, local leaders must first pass a resolution stating its intention to remove the monument, then request a report from the Virginia Department of Historic Resources with background about the person depicted and the circumstances under which the monument was established.

The locality would then have to make that report public and then hold a public hearing before it could vote. A decision to remove a monument would require a 2/3 vote or could be sent to voters for a referendum. 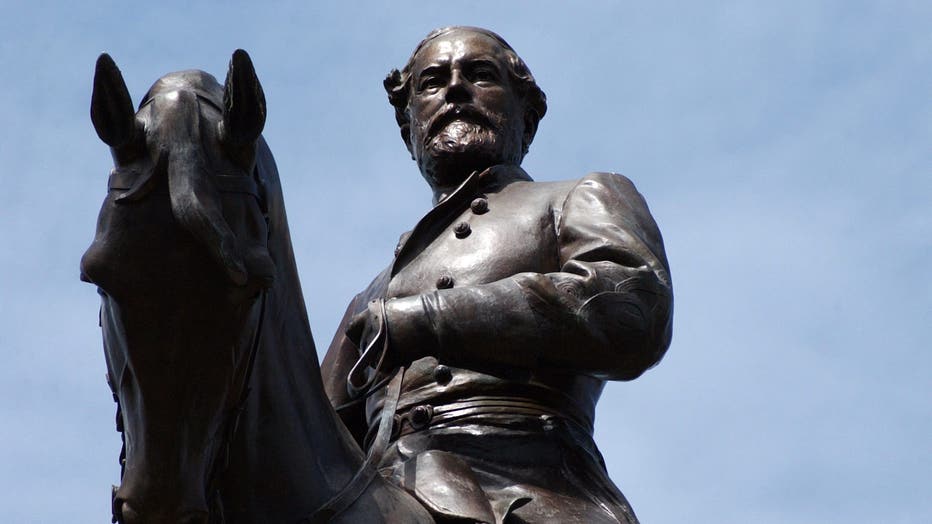 The Gen. Robert E. Lee Monument is located on Monument Avenue in Richmond, Virginia. The large equestrian statue, which depicts the Confederate commander on his horse, Traveller, was created by French sculptor Jean Antonin Merci+¼, and unveiled on Ma

Under both the House and Senate bills, the locality would have to offer the monument to a “museum, historical society, government, or military battlefield” for a period of 30 days, though both measures say the local government has the “sole authority” to determine its final disposition.

Democratic Gov. Ralph Northam said at the start of this year's legislative session that he supports lifting the existing prohibition on the removal of Confederate war memorials. He also said he backs a measure advancing through both chambers that lays out a process for removing a statue of Confederate Gen. Robert E. Lee that Virginia contributed to the U.S. Capitol grounds.

That legislation, which establishes a commission that would recommend a prominent Virginian who could replace Lee as one of the state's two contributions in the National Statuary Hall Collection, passed the Senate on Monday and the House on Tuesday.

After the 2017 white supremacist rally, which was convened in part to protest Charlottesville's attempt to remove a statue of Lee from a downtown park, many places around the country quickly started taking Confederate monuments down. The event descended into chaos and a white supremacist plowed his car into a crowd, killing a woman and injuring dozens more.

But in Virginia, a state that was home to two Confederate capitals, localities were hamstrung by the existing law.

Charlottesville, which later also sought to remove a statue of Confederate Gen. Thomas “Stonewall” Jackson, has been fighting the issue in court. A judge prevented the city from even covering the Lee statue with tarps amid the litigation.

Charlottesville is encouraged by the progress on the legislation, city spokesman Brian Wheeler said.

“Should legislation be signed by the Governor, the City will identify the procedural steps it needs to complete in order to remove the statues of Robert E. Lee and Stonewall Jackson from its public parks," Wheeler wrote in an email.

Other city governments that have signaled their intent to remove a Confederate monument include Alexandria, Portsmouth and Norfolk, which voted to move the “Johnny Reb” statue to a cemetery and has also sued over the law. In Richmond, where a commission convened by the mayor recommended removing one of five Confederate statues along the city's famed Monument Avenue, the City Council passed a resolution last month asking the General Assembly for local control.

One of those five statues, a soaring tribute to Lee, is state property. Northam has said there's an “ongoing discussion” about that statue's future, though his office has declined to answer further questions.