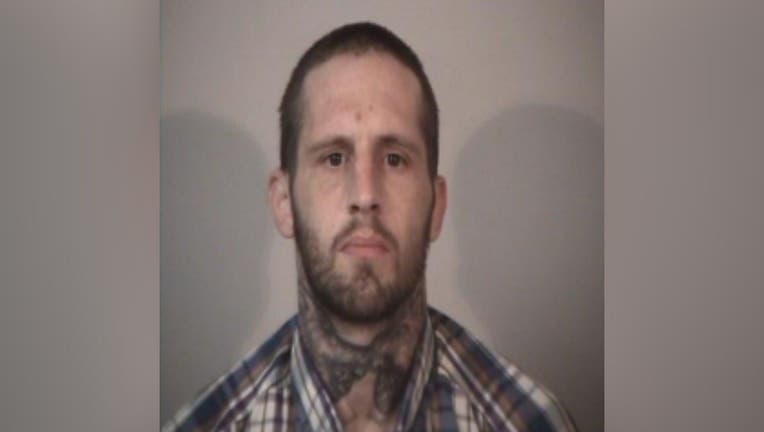 STAFFORD, Va. - Stafford County’s long arm of the law didn’t have to reach far to find a fugitive who was reportedly wanted in several jurisdictions in Virginia.

According to the sheriff’s office, they received a tip on Wednesday that 31-year-old Nathan Miller or Bumpass, Va. was waiting for someone in the parking lot outside of the Rappahanock Regional Jail.

Miller was wanted on warrants from Augusta, Louisa and Henrico counties on a number of charges.

Sheriff’s deputies were able to take Miller into custody by blocking both his vehicle and the exit from the jail parking lot.

After providing a fake name and age, he eventually gave up his identity, and deputies reportedly discovered drug paraphernalia in his pocket.

Miller is currently jailed at the same facility without bond.