FAIRFAX COUNTY, Va. - The shooting death of a northern Virginia couple in 2017 may have been connected to a suicide pact between the couple’s daughter and her boyfriend, according to newly unsealed court papers.

Nicholas Giampa, 22, of Lorton, is charged with murder in the deaths of Scott Fricker and his wife, Buckley Kuhn-Fricker.

In court papers, prosecutors say the Frickers forbade their daughter from dating Giampa after learning that he associated with neo-Nazis online, as well as the fact that he had been charged as a juvenile with possessing child pornography.

Police reports in the court file indicate that the daughter told detectives she and Giampa had entered a suicide pact after her parents ordered her to end the relationship.

Giampa and the daughter "discussed wounding her parents if they tried to intervene or stop their suicide attempt," according to the report.

Fricker and Kuhn-Fricker were fatally shot in the head in December 2017 in their Reston home when they discovered Giampa in their daughter’s bedroom. The daughter told police she had given Giampa a security code that allowed him to enter the home after her parents had gone to bed.

According to police, Giampa reached for a handgun and shot Fricker and Kuhn-Fricker after the daughter unlocked her bedroom door.

It was at that point, according to the police report, that the daughter and Giampa planned to follow through on their suicide pact. The daughter told police that Giampa put a gun to her head and pulled the trigger, but it did not fire. Giampa then turned the gun on himself and shot himself in the forehead.

Giampa was hospitalized for weeks and placed in a medically induced coma but survived. He has been awaiting trial since then.

Prosecutors made clear in court papers that they have no plans to bring any kind of criminal charges against the daughter, who is expected to testify for them. 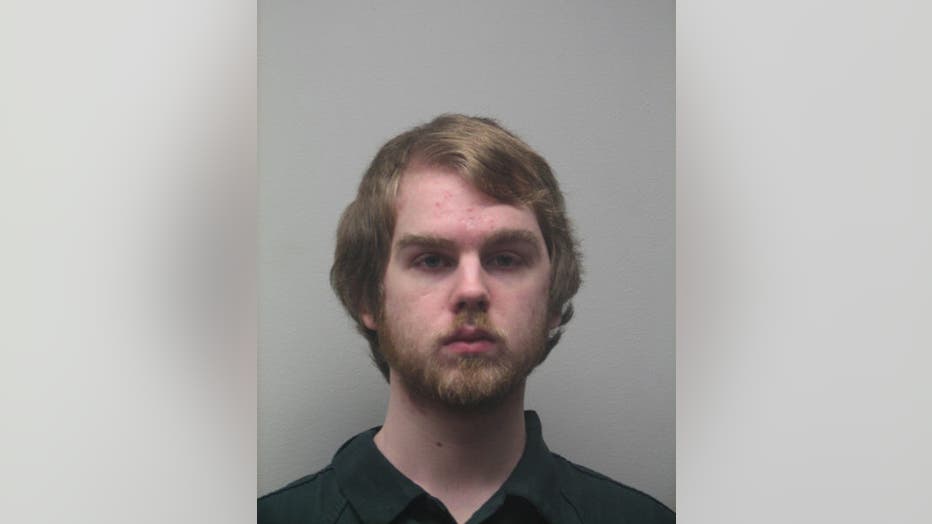 Though the case has drawn intense interest, details of what happened have been hidden from public view. Because Giampa was a few months shy of his 18th birthday when the shootings took place, he was charged initially in juvenile court, where records and hearings were not made public.

Giampa is now being tried as an adult, but nearly the entire case file had been sealed from the public at the request of prosecutors and the defense. A judge unsealed most of the file earlier this month after The Associated Press and The Washington Post filed a motion seeking access.

Giampa was scheduled to go on trial last month, but the case was again delayed after Judge Brett Kassabian ruled that the confession was inadmissible. Prosecutors are asking the Virginia Court of Appeals to overturn Kassabian’s ruling, which will likely delay any trial for another year at least.

The court papers show that detectives obtained the confession in January 2018, while Giampa was still hospitalized and recovering from the brain injuries from his self-inflicted gunshot wounds.

Giampa’s answers raised doubts about the accuracy of his statement. He incorrectly referred to his girlfriend as "Nancy" and struggled to recall his father’s name. He was adamant that he had also shot his girlfriend’s younger brother, even though the brother was uninjured in the attack.

"He was incoherent," said Juvenile and Domestic Relations Court Judge Helen Leiner, the first judge to rule the confession inadmissible. "Some of what he said didn’t make any sense. ... He was very suggestible."

Prosecutors argued unsuccessfully that police read Giampa his rights and avoided intimidating tactics. But Kassabian ruled the confession inadmissible, just as Leiner had done in the juvenile proceedings. In juvenile court, Leiner still found probable cause to allow the case to go forward, even without the confession.

Defense attorneys are also trying to bar prosecutors from telling a jury about Giampa’s online advocacy of neo-Nazi ideology, but prosecutors say the fact is important to understanding Giampa’s motives for shooting the parents.

"The evidence is clear that Defendant wanted to be with (the daughter) and evidence that the Frickers tried to keep them apart would establish a clear motive for the Defendant to want to kill them," prosecutor Lyle Burnham wrote.