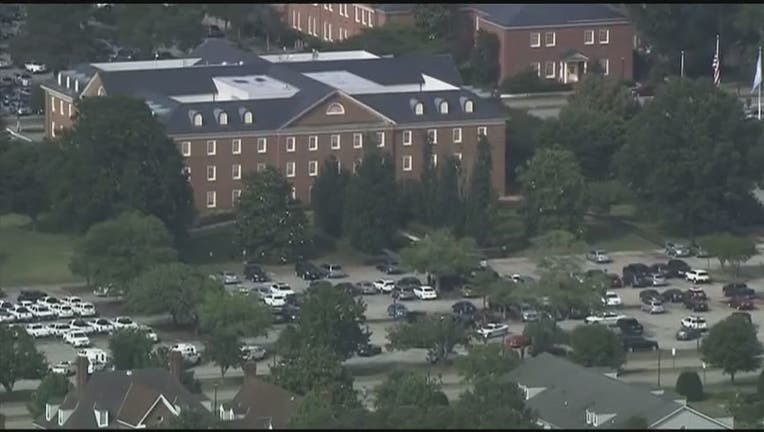 VIRGINIA BEACH, Va. (FOX 5 DC) - The suspected gunman in a Virginia Beach massacre that killed 12 had notified a superior of his intention to resign.

City manager Dave Hansen said at a news conference Sunday that "the perpetrator's performance was satisfactory" and that he was an employee "in good standing" at the Virginia Beach city department where he worked.

Hansen said in response to a reporter's question that the shooter had notified his chain of command of his intention to quit his job via email on Friday, hours before the shooting.

Authorities have identified 40-year-old DeWayne Craddock as the shooter at the municipal building on Friday afternoon. He worked in the city's utilities department as an engineer.

He was killed following a gun battle with police.

Police Chief James Cervera said he had "no information" to lead to the conclusion that the suspect had targeted anyone specifically.

The 12 people killed in Friday's mass shooting included 11 city employees who had served Virginia Beach for more than 150 years in total.

City officials honored the victims in a somber slideshow shared Saturday, the same day Police Chief James Cervera identified the assailant as DeWayne Craddock, an engineer with the city's utilities department. He was killed in a gun battle with police officers.

Another media briefing regarding the shooting at the municipal center is scheduled for Sunday at 10:30 a.m.

Four other people were injured in the shooting, including three who remain hospitalized in critical condition.