BENNINGTON, Vt. - While public nudity isn’t illegal in the state of Vermont, people were still taken by surprise when a naked man entered a cafe on Wednesday for a cup of coffee.

Security footage showed the nude customer conversing with the cashier, who calmly directed the man to a self-serve pot of coffee.

The cashier was Ryan Hassett’s daughter, the owner of “Bringing You Vermont,” a local cafe and gift shop that sells all made-in-Vermont products.

Hassett said the customer came in for a cup of coffee. “He made a comment about the weather, about how hot it was,” and went about his day, Hassett said.

Although Vermont does not have a law against people who want to gallivant around the city in their birthday suits, Hassett says they would not have allowed the customer to sit down and drink his coffee for health reasons.

“There was no lewd behavior,” said Hassett. 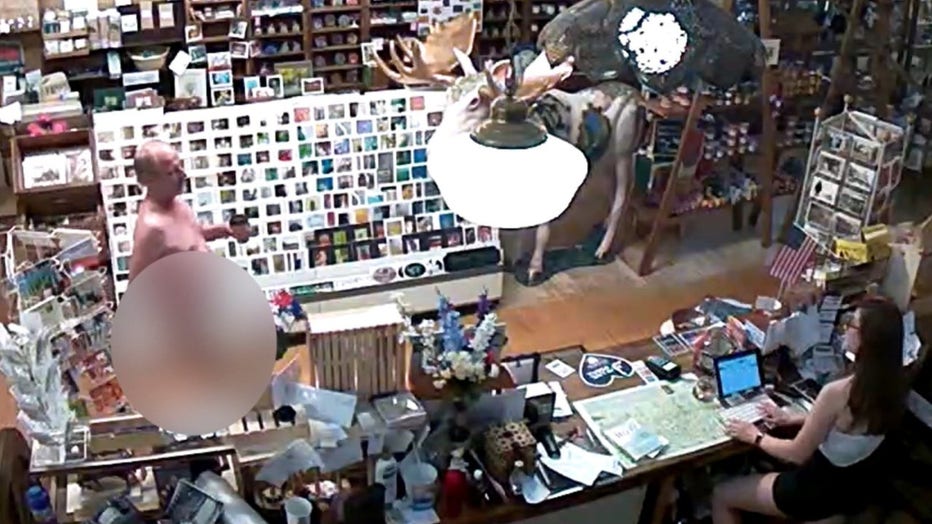 “He came in just like any clothed customer, he wasn’t being obnoxious or trying to get attention in any other way other than being naked,” added Hassett.

Hassett said there were about 10 people in the store, many of them regulars, who knew this was not an everyday occurrence, but a couple of tourists asked if nude customers were a normal sighting.

Hassett said they weren’t able to get the name of the naked man because he didn’t pay with a credit card. He paid with cash.

The man went to a sandwich place after his coffee, where police were called but no arrest was made, Hassett said.

"I have no problem with somebody acting natural, but I'm not encouraging people to come into our establishment au naturel," Hassett said.