Another video has emerged of NYPD officers being doused with water.

NEW YORK - Another video has emerged of NYPD officers being doused with water.

About a dozen young men and women appear to gather on a street corner in the Bronx across from two female officers standing guard outside a school.

Men carrying red, blue and white pails of water and others carrying water guns wait for the traffic to pass when at least four buckets of water are unloaded on the cops.

A young girl also dumped water on the officers. One man largely misses.

Both officers appear to be carrying beverages when they are targeted. They take a couple of steps back and then slowly move toward the corner. The officers do not appear to react towards the men.

Men with water guns are seen standing in the street while others can be heard laughing. 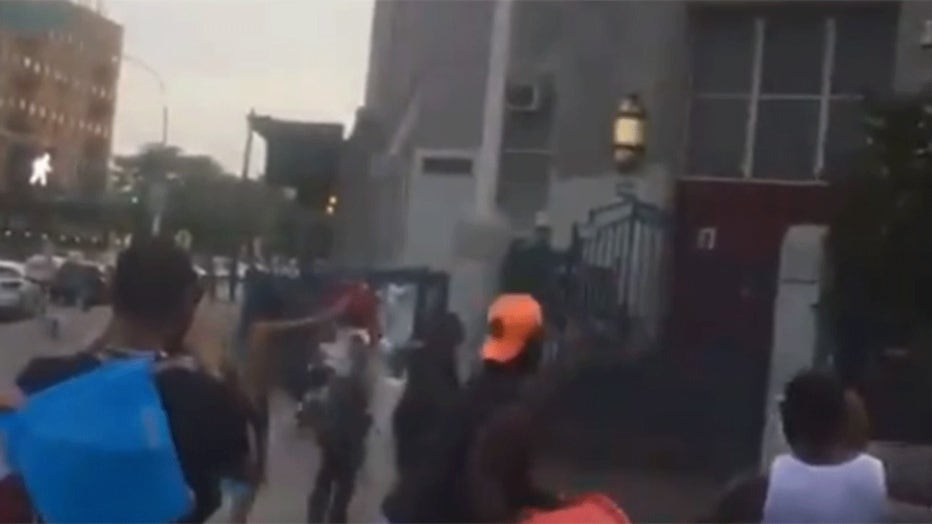 The Sergeant Benevolent Association shared the 45-second clip on Twitter.

"NYPD Cops are in DANGER! Another video of water buckets being tossed. O’Neill needs to go before we get another cop killed! TERRENCE where’s the Arrest. No more tough talking, stop blaming the cops if you can’t handle the job perhaps you and O’Neill should find new work!"

It is the third video in recent days showing officers being doused with water.