The brazen robbery in North Lauderdale, Florida, was caught on camera.

NORTH LAUDERDALE, Fla. - Surveillance video from a Florida grocery store shows the moment a man followed a mother with three small children into the store and attacked her before trying to rob her.

Video shared by the Broward County Sheriff’s Office in North Lauderdale, Florida, shows the mother park her vehicle in the grocery store parking lot and walk toward the store. The man who attacked her can be seen walking nearby.

As the woman and her children walk into the store, the man grabs her from behind. The sheriff’s office said he grabbed her necklace, punched her and then ran away from the store. Deputies said he arrived in the parking lot in a light-colored Nissan. 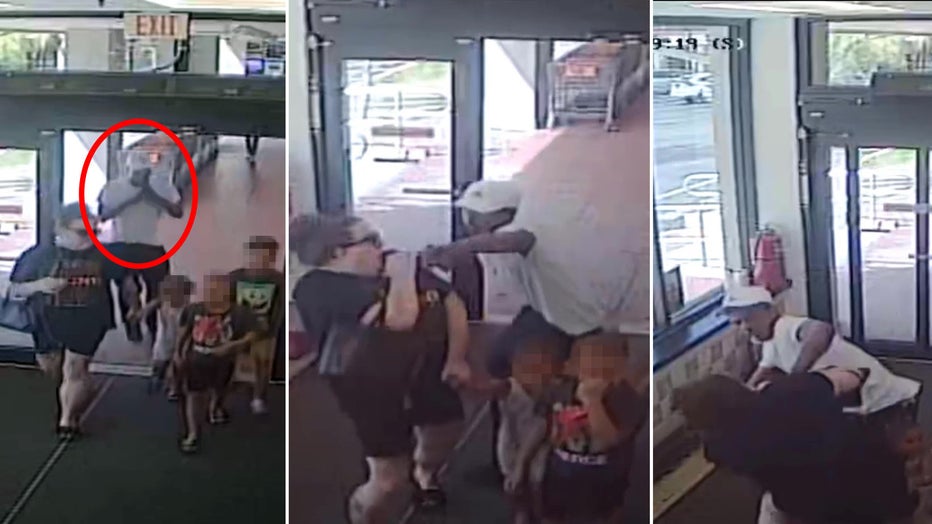 Anyone with information on the suspect’s identity is asked to call the Broward County Sheriff’s Office or submit a tip through Crime Stoppers.