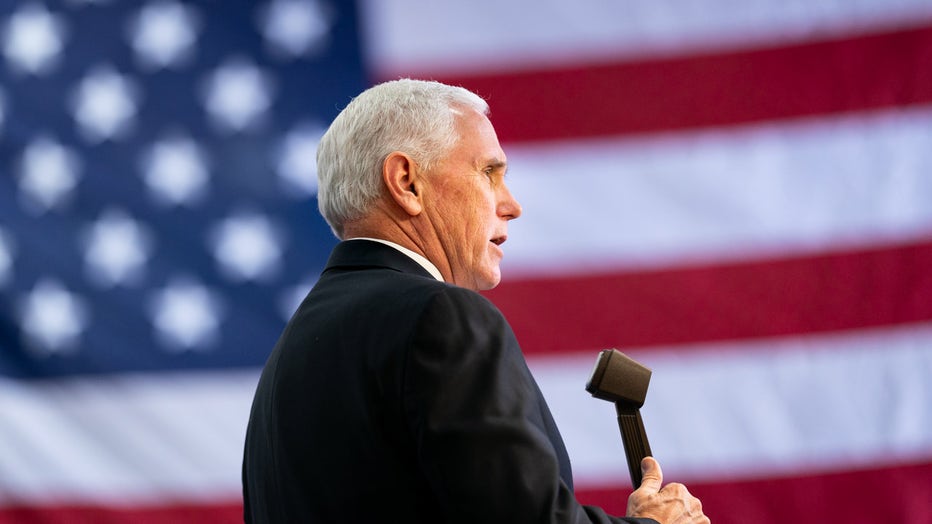 The vice president would most likely make an appearance to show support for the peaceful transfer of power, Politico first reported, citing three sources close to Pence.

The decision came after rioters stormed the U.S. Capitol on Wednesday and after President Trump slammed Pence for certifying the election for Biden rather than unilaterally decertifying the results and returning them back to the states.

"It was a much more difficult decision days ago, but less difficult now," one of the sources reportedly told Politico.

In a since-deleted tweet, Trump wrote, "Mike Pence didn’t have the courage to do what should have been done to protect our Country and our Constitution, giving States a chance to certify a corrected set of facts, not the fraudulent or inaccurate ones which they were asked to previously certify. USA demands the truth!"

Sen. Jim Inhofe, R-Okla., told a newspaper that Pence was upset by the president’s expectations of him.

"I’ve known Mike Pence forever," Inhofe told the Tulsa World. "I’ve never seen Pence as angry as he was today. He said, 'After all the things I’ve done for (Trump).'"

Pence’s press secretary, Devin O’Malley, wrote in a tweet Thursday afternoon that the vice president had not yet been invited to the inauguration.

PENCE ANGRY AFTER TRUMP SAYS HE DIDN'T HAVE THE COURAGE TO OVERTURN ELECTION, INHOFE SAYS

"You can’t attend something you haven’t received an invitation to...." he wrote after the Politico report.

He told the outlet Pence and second lady Karen Pence "have not yet made a decision on their attendance."

A source with the Joint Congressional Committee on Inaugural Ceremonies told CNN the committee had planned to wait until after the certification to reach out because of "the noise surrounding the election results."

Outgoing presidents traditionally attend the inauguration of their successor but Trump has been contesting the election for the last few months and hasn’t given any indication of whether he plans to attend. He may fly to Mar-a-Lago before the inauguration, Politico reported.

Thursday, however, Trump did commit to an "orderly" transition of power following the Capitol riot and condemned it as a "heinous attack."