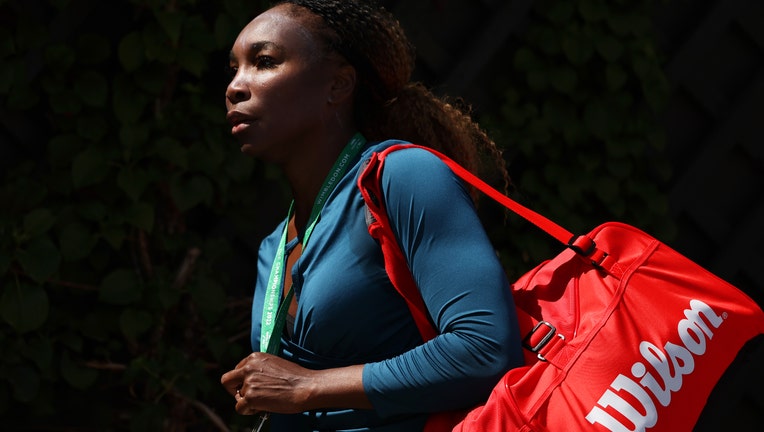 LONDON, ENGLAND - JUNE 26: Venus Williams of The United Stats arrives ahead of The Championships Wimbledon 2022 at All England Lawn Tennis and Croquet Club on June 26, 2022 in London, England. (Photo by Julian Finney/Getty Images)

The American tennis champion has accepted a wild card into the event, where she will compete in the singles draw.

"I am excited to be playing the Citi Open for the first time this summer," said Williams. "I love Washington, D.C. and returning to the nation’s capital to play in front of a community that has supported me so strongly feels like a homecoming. I am looking forward to being back on the courts and competing in DC soon."

Williams competed in World TeamTennis for nine seasons with the Washington Kastles. She was a member of the undefeated 2011 and 2012 championship teams and was named Finals MVP in 2012.

"We are thrilled to welcome Venus to the 2022 Citi Open and Washington, D.C. and to give our fans a chance to cheer for one of the greatest athletes of all time in person," said Mark Ein, Citi Open Chairman. "Venus is an icon who has transcended sports to become a role model for millions of people around the world and in our community. The opportunity to watch her live at the Citi Open for the first time will be a life-long memory for all of our fans."

WASHINGTON - AUGUST 05:  A general view of John Isner of the USA against Xavier Malisse of Belgium during day 4 of the Legg Mason Tennis Classic at the William H.G. FitzGerald Tennis Center on August 5, 2010 in Washington, DC.  (Photo by Streeter Lecka/Getty Images)