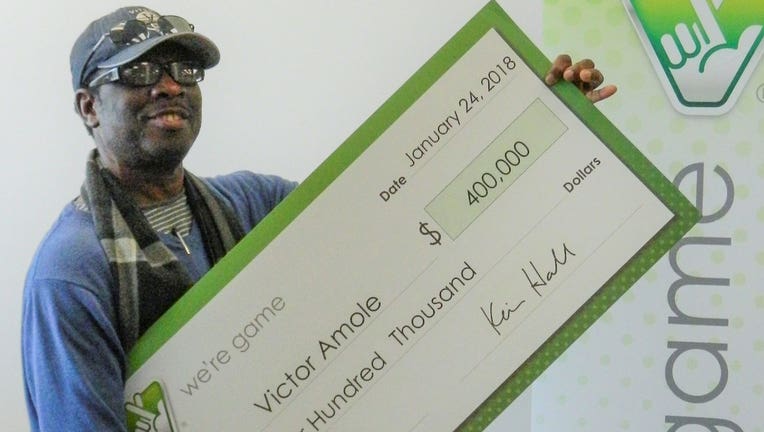 WOODBRIDGE, Va. - A Virginia man won a $400,000 lottery prize after he said he saw his winning numbers in a dream.

"I've never had a dream like that before," he said to the Virginia Lottery.

Amole bought the tickets at Fas Mart on Jefferson Davis Highway in Stafford for the Jan. 13 night drawing.

Amole, who is a computer programmer, tells the Virginia Lottery he intends to invest his winnings.