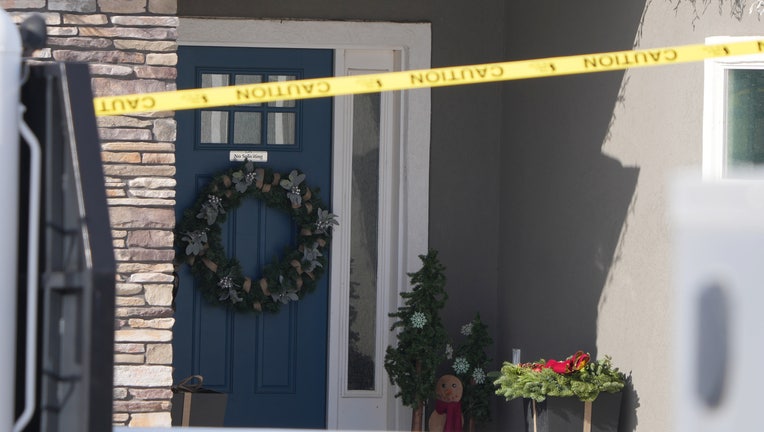 Christmas decorations sit on the door and porch of the home of Michael Haight on January 5, 2023 in Enoch, Utah. (Photo by George Frey/Getty Images)

ENOCH, Utah - A Utah man who fatally shot his five children, mother-in-law and wife and then killed himself removed guns owned by himself and his wife days before the murder-suicide, leaving the family "vulnerable," a relative said Friday.

The wife, Tausha Haight, told her extended family that her husband, Mike Haight, took the guns from the family's home this week, just two weeks after she had filed for divorce, sister-in-law Jennie Earl told The Associated Press.

She said she did not know how Tausha Haight felt about the removal but said it "left the family vulnerable," noting that both Tausha and her mother, Gail Earl, were trained in gun safety and personal protection. Jennie Earl's comments came after the Earl family issued a statement lamenting the tragedy and revealing that guns had been removed.

"Protective arms were purposely removed from the home prior to the incident because all adults were properly trained to protect human life," the Earl family said in a statement. "This is the type of loss that will continue to occur in families, communities and this nation when protective arms are no longer accessible."

Enoch city manager Rob Dotson said local law enforcement were not involved, saying in an emailed statement that police "has never had reason and has never had to remove firearms."

The revelation provides more insight into what happened in the days leading up to a shooting in a southern Utah home that occurred after Tausha Haight had filed for divorce on Dec. 21 from her husband of 19 years. 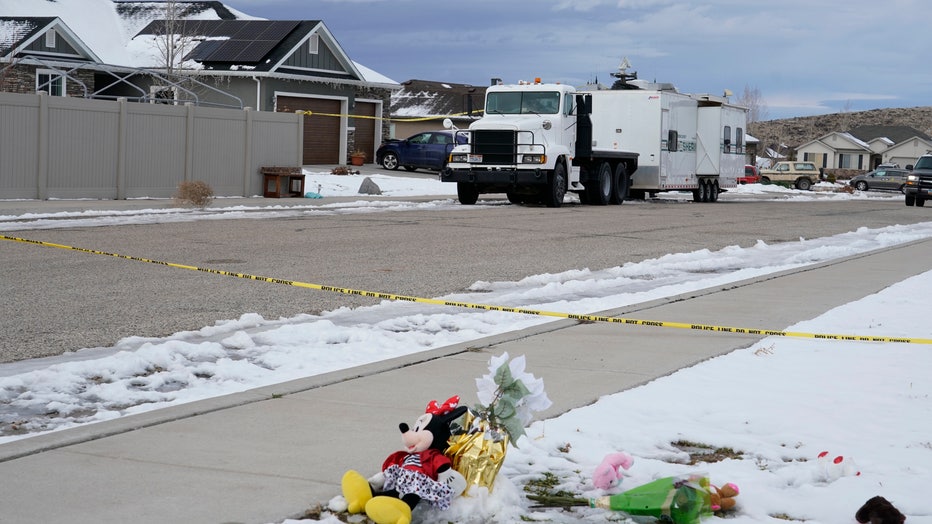 The wind blows flowers, part of a makeshift memorial as a police crime scene trailer sits outside the home of Michael Haight on January 5, 2023 in Enoch, Utah. (Photo by George Frey/Getty Images)

The victims were found Wednesday when police did a welfare check at the residence, according city officials in Enoch, a small town of about 8,000 people located 245 miles (394 kilometers) south of Salt Lake City.

Without knowing the details about how the shootings unfolded it is not clear whether having those firearms in the home could have helped stop the bloodshed, Jennie Earl said. However, if either Tausha Haight or Gail Earl had a chance to defend their family, they would have been able to use the guns, she said.

"They could have because they had the skills to do it," she said.

Matt Munson, the attorney representing Michael Haight’s family, did not respond to questions about the firearms in the home but sent a statement from his clients mourning the loss of the family and sending condolences to the Earls.

The family revealed the information about the guns being removed in a statement issued Friday that also lamented the "unthinkable tragedy" and called on the media and public to refrain from using the shooting for any "advocacy of political agendas."

"We would encourage reporting about the value of all human life, the great works of God that can render a forgiving heart, how religion can heal and enlarge our capacity for love, and a return to foundational principles of peace within our nation," the Earl family wrote.

Enoch officials have said they are aware of the divorce filing but don't know if that was the motive in the killings.

Enoch Police Chief Jackson Ames also said this week that officers investigated the 42-year-old man and his family a "couple of years prior," suggesting possible earlier problems inside the household, but he would not elaborate.