WASHINGTON - President Joe Biden declared "Antibiotic Awareness Week" in the U.S. beginning Thursday, an occasion meant to "celebrate the miracles of science and medicine" while also raising awareness about the dangers of misusing such prescription medication — which can lead to further spread of disease.

Antibiotics are vital for the treatment of bacterial infections causing pneumonia, meningitis and sepsis. They also help to protect against infection during chemotherapy, cesarean sections and other common surgeries, health officials say. Since the 1940s, antibiotics have greatly reduced illness and death from infectious diseases, according to the U.S. Centers for Disease Control and Prevention.

But they do not work on viruses, like colds, flu and most cases of chest colds — such as bronchitis, the CDC says. And they can also cause side effects and lead to antibiotic resistance, which is when germs develop defense strategies against such medications and make the drugs less effective. 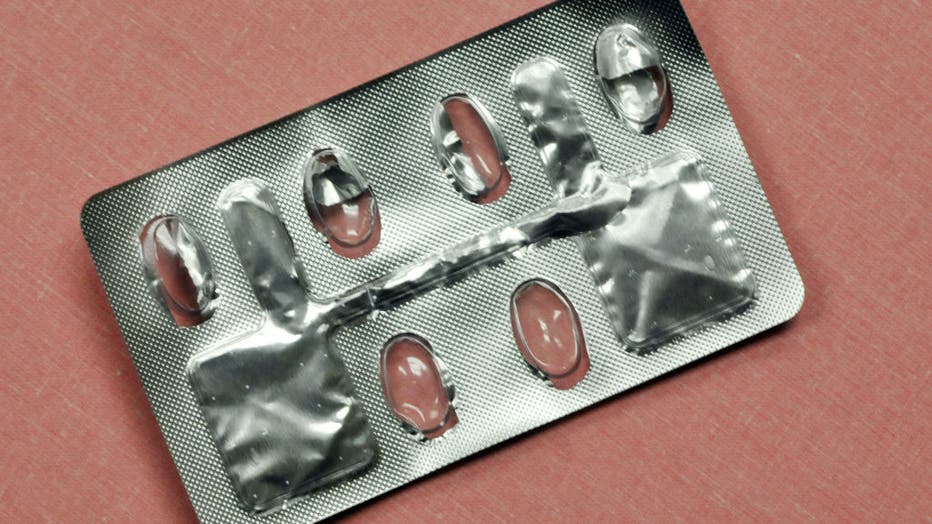 In Biden’s proclamation, which declares Antibiotic Awareness Week starting Nov. 18 through Nov. 24, it calls for antibiotics to be used only as intended and notes the dangers of such infectious germs becoming resistant to medicines.

"In recent decades, the misuse of antibiotics has contributed to infectious germs becoming increasingly resistant to antibiotic drugs," the White House said in a statement. "Every year, more than 3 million people in the United States are infected — and nearly 50,000 are killed — by an antibiotic-resistant germ or an infection that can occur after taking antibiotics."

The proclamation comes during the World Health Organization’s annual World Antimicrobial Awareness Week, which also aims to encourage best practices among patients and doctors and to avoid the further emergence and spread of drug-resistant infections.

Microbes are tiny living organisms, like bacteria. Most microbes are harmless and can even be helpful to humans, but some can cause infections and disease. Drugs used to treat these infections are called antimicrobials, the CDC explains.

The most commonly known antimicrobial is antibiotics, which kill bacteria or stop them from growing.

Resistance to antibiotics and similar antimicrobials happens when bacteria, viruses, fungi and parasites no longer respond to medicines, making common infections harder to treat and increasing the risk of disease spread.

The CDC notes how antibiotics also kill helpful germs that protect humans. Without the helpful germs, resistant germs gain an even bigger advantage.

RELATED: Fish slime could be new source for antibiotics, according to study

Why antibiotic resistance is increasing

Antibiotic resistance is a multi-decade crisis that impacts the healthcare community worldwide. The CDC and WHO both note that resistance to antibiotics is increasing as a result of overuse and misuse of medicines in humans, livestock and agriculture, as well as poor access to clean water, sanitation and hygiene.

In order to curb the overuse of antibiotics, a doctor must determine if a viral or bacterial infection is present, which can be difficult as both infections often present with similar symptoms.

"For example, COVID-19 is caused by a virus, not by a bacteria so antibiotics should not be used to treat a COVID infection. Poor diagnostic and prescribing practices and patients not following their treatment also contribute," the WHO states on its website.

"Antimicrobial resistance has been described as a hidden pandemic and it’s important that we do not come out of COVID-19 and enter into another crisis," Dr. Susan Hopkins, the chief medical advisor at the UKHSA, said Wednesday in a statement.

The Biden administration said its working to slow the spread of antibiotic-resistant infections and to scale up tracking of antibiotic use across the country through systems such as the CDC’s National Healthcare Safety Network.

"We know the kinds of interventions that work to maintain the integrity of antibiotics and strengthen antibiotic stewardship across industries, and we are implementing those interventions and providing resources to analyze data and address inequities in antibiotic prescribing and use," the White House said.

Officials added that the U.S. is also examining how disparities in health care access and quality of care exacerbate these infections.

"Every American has a vital role to play in this effort. Even small changes in how we use antibiotics can help defend against the threat of antibiotic resistance," the White Hosue said. "Using the right antibiotic and the correct dosage for the proper duration at the prescribed time can help improve how antibiotics are used to prevent and control infections for all of us."