Popeyes announced that the sandwich that started the chicken sandwich Twitter wars has officially sold out.

LOS ANGELES - Popeyes announced that the sandwich that started the chicken sandwich Twitter wars has officially sold out.

Ever since the fast food chain’s new chicken sandwich created an absolute frenzy in stores and on social media, thousands of people have been flocking to the chain in order to get their hands on the highly coveted sandwich, causing hours-long waits and supply shortages at locations across the country.

“Y’all. We love that you love The Sandwich. Unfortunately we’re sold out (for now),“ tweeted the company.

Popeyes did hint at the sandwich’s imminent return, even offering a chance for hungry fans to be alerted as soon as the popular sandwich makes a comeback on their app, if push notifications are enabled.

The release of the sandwich sparked a social media phenomenon, causing a Twitter feud between Popeyes and self-proclaimed chicken sandwich originators, Chick-fil-A. 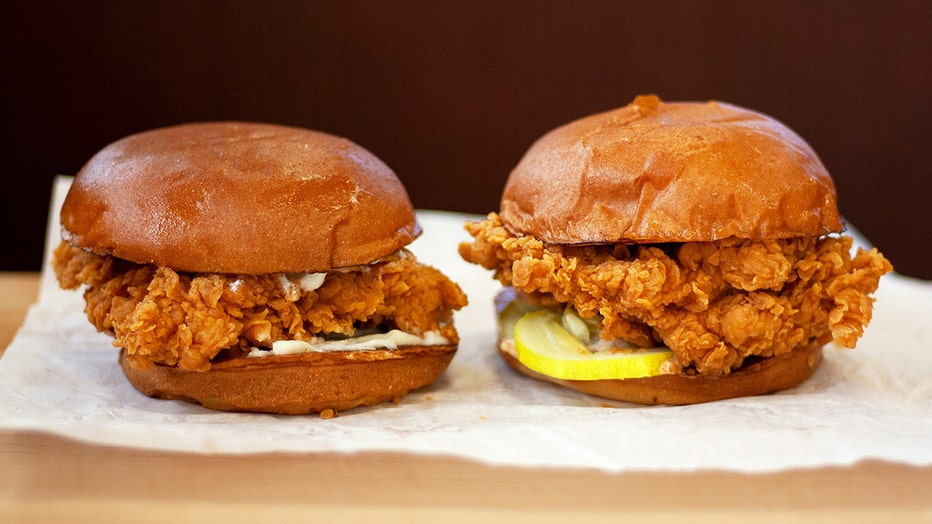 Popeyes released the sandwich at the beginning of August, and the new menu item was an instant hit.

The sandwich became so popular that it influenced various internet memes and parodies and created chaos at various locations as crowds tried in earnest to get their hands on the official trending food of the summer.

Its formula was simple: a buttermilk-battered and hand-breaded chicken filet on a toasted brioche bun, topped with pickles and either mayo or spicy Cajun spread, all for the low price of $3.99.