Johnson visited the war-torn country in a show of solidarity and pledged more support. Credit: Ministry of Defense of Ukraine via Storyful

Russia has turned to Gen. Alexander Dvornikov, 60, one of Russia’s most experienced military officers and — according to U.S. officials — a general with a record of brutality against civilians in Syria and other war theaters. The senior official who identified the new commander was not authorized to be identified and spoke on condition of anonymity.

But the White House national security adviser, Jake Sullivan, said "no appointment of any general can erase the fact that Russia has already faced a strategic failure in Ukraine."

"This general will just be another author of crimes and brutality against Ukrainian civilians," Sullivan told CNN’s "State of the Union." "And the United States, as I said before, is determined to do all that we can to support Ukrainians as they resist him and they resist the forces that he commands."

The decision to establish new battlefield leadership comes as Russia gears up for what is expected to be a large and more focused push to expand Russian control in the Donbas and follows a failed opening bid to conquer Kyiv, the capital.

Britain’s Defense Ministry said Sunday that the Russian military was seeking to respond to mounting losses by boosting troop numbers with personnel who have been discharged from military service since 2012.

In an update on Twitter, the ministry also said that the Russian military’s efforts to "generate more fighting power" also include trying to recruit from Trans-Dniester, a breakaway region in Moldova that borders Ukraine. 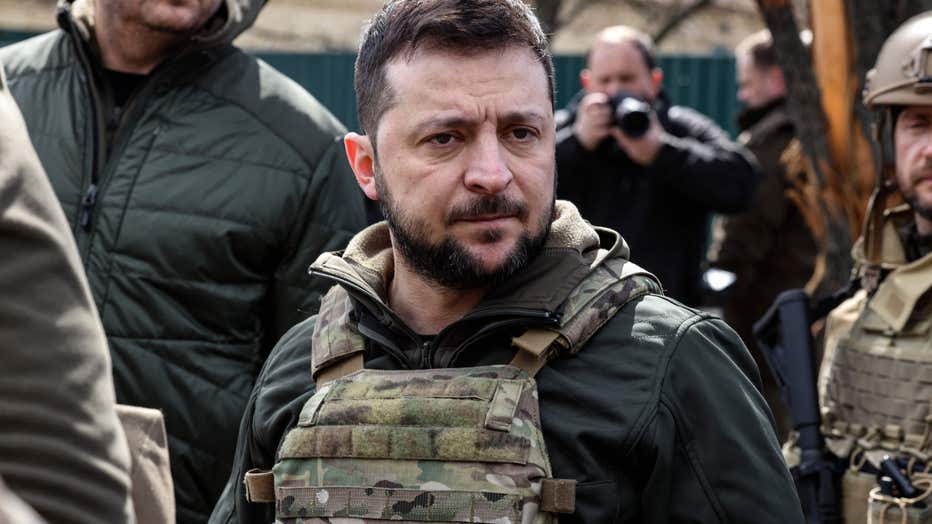 Ukainian President Volodymyr Zelensky stands in the town of Bucha, northwest of the Ukrainian capital Kyiv, on April 4, 2022. - (Photo by RONALDO SCHEMIDT/AFP via Getty Images)

Addressing the "free people of a brave country," Ukrainian President Volodymyr Zelenskyy said in a late night video message to Ukrainians that Russia’s war aim "was not intended to be limited to Ukraine alone" and the "entire European project is a target."

"That is why it is not just the moral duty of all democracies, all the forces of Europe, to support Ukraine’s desire for peace," he said. "This is, in fact, a strategy of defense for every civilized state."

"Freedom does not have time to wait," Zelenskyy said. "When tyranny begins its aggression against everything that keeps the peace in Europe, action must be taken immediately."

RELATED: Intel: Putin may cite Ukraine war to meddle in US politics

In an interview with The Associated Press inside his heavily guarded presidential office complex, Zelenskyy said he was committed to negotiating a diplomatic end to the war even though Russia has "tortured" Ukraine.

He also acknowledged that peace likely will not come quickly. Talks so far have not included Russian President Vladimir Putin or other top officials.

"We have to fight, but fight for life. You can’t fight for dust when there is nothing and no people. That’s why it is important to stop this war," the president said. 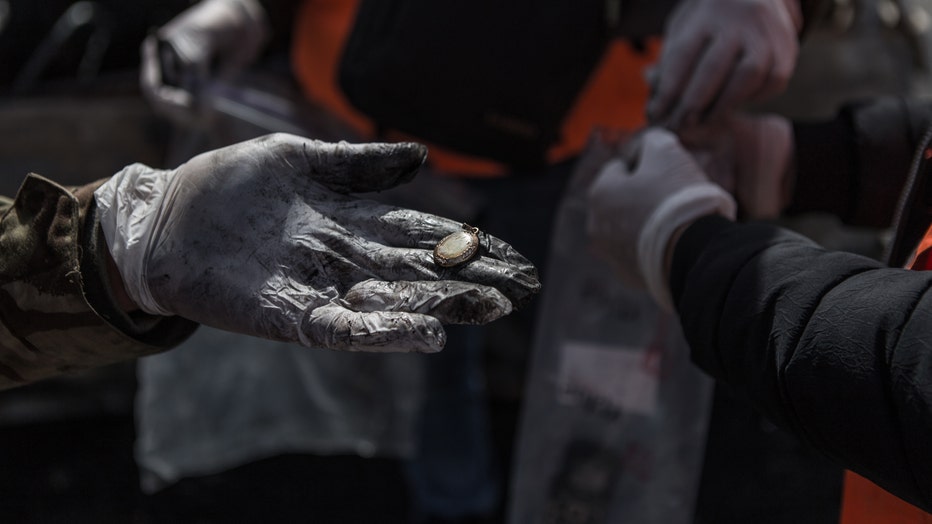 KRAMATORSK, UKRAINE - APRIL 09: Some volunteers look for traces to help identify the corpses at Kramatorsk railway station after the missile attack in Kramatorsk, Ukraine on April 09, 2022. (Photo by Andrea Carrubba/Anadolu Agency via Getty Images)

Ukrainian authorities have accused Russia forces of commiting war crimes against thousands of civilians during the invasion, including airstrikes on hospitals, a missile attack that killed 52 people at a train station Friday and shooting residents of towns in the north at close range.

Graphic evidence of civilian slayings emerged after Russian forces withdrew from Bucha, and firefighters were searching buildings in Borodyanka, another settlement outside Kyiv. Russia has denied engaging in war crimes and falsely claimed that the scenes in Bucha were staged.

Ukrainian authorities have said they expect to find more mass killings once they reach the southern port city of Mariupol, which is also in the Donbas and has been subjected to a monthlong blockade and intense fighting. The city’s location on the Sea of Azov is critical to establishing a land bridge from the Crimean Peninsula, which Russia seized from Ukraine eight years ago.

Ukrainian officials have pleaded with Western powers almost daily to send more arms and further punish Moscow with sanctions, including the exclusion of Russian banks from the global financial system and a total EU embargo on Russian gas and oil.

During his visit Saturday, Austrian Chancellor Karl Nehammer said he expects more EU sanctions against Russia, but defended his country’s opposition so far to cutting off deliveries of Russian gas.

A package of sanctions imposed this week "won’t be the last one," the chancellor said, acknowledging that "as long as people are dying, every sanction is still insufficient." Austria is militarily neutral and not a member of NATO. 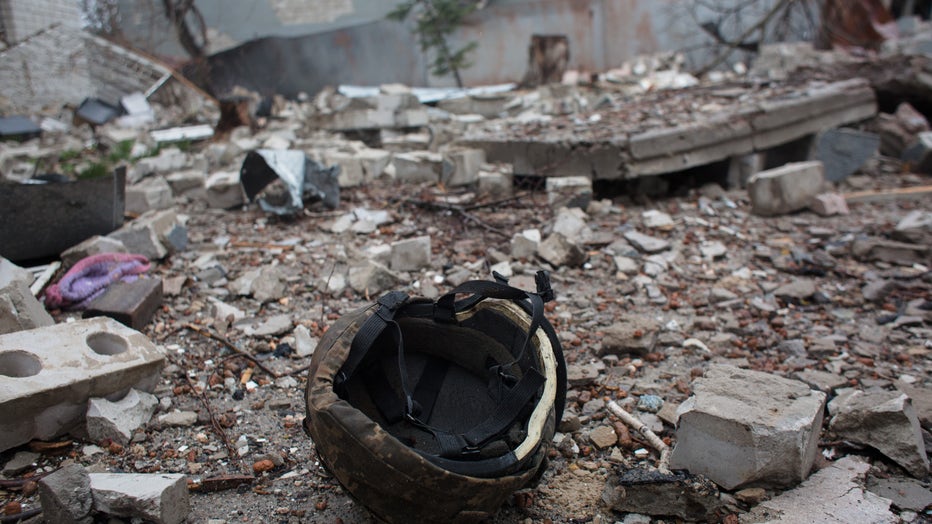 CHERNIHIV, UKRAINE - APRIL 9: A view of a Ukrainian military uniform helmet with blood stains seen in the ruins of a building damaged by shelling, on April 9, 2022 in Chernihiv, Ukraine. (Photo by Anastasia Vlasova/Getty Images)

In the interview with AP, Zelenskyy noted the increased support but expressed frustration when asked if weapons and equipment Ukraine has received from the West is sufficient to shift the war’s outcome.

"Not yet," he said, switching to English for emphasis. "Of course it’s not enough."