Peter Manfredonia, the fugitive University of Connecticut student wanted in two killings, was caught in Maryland after a manhunt that stretched on for days, police announced Wednesday night.

The 23-year-old Uconn student who police say brutally killed two people before being captured in Maryland after a days-long manhunt grew up on the same street as the Sandy Hook Elementary School gunman Adam Lanza, a report said.

The Hartford Courant reported that a lawyer for Peter Manfredonia’s family said the suspect grew up in Newton, Conn., and has struggled with mental health problems. He was raised on the same street as Lanza.

Manfredonia was last seen Sunday on surveillance video walking on railroad tracks in East Stroudsburg, Pa., the Courant reported. He had a duffle bag that authorities said could contain items that he may have swiped in a recent home invasion, including three shotguns and a pistol. 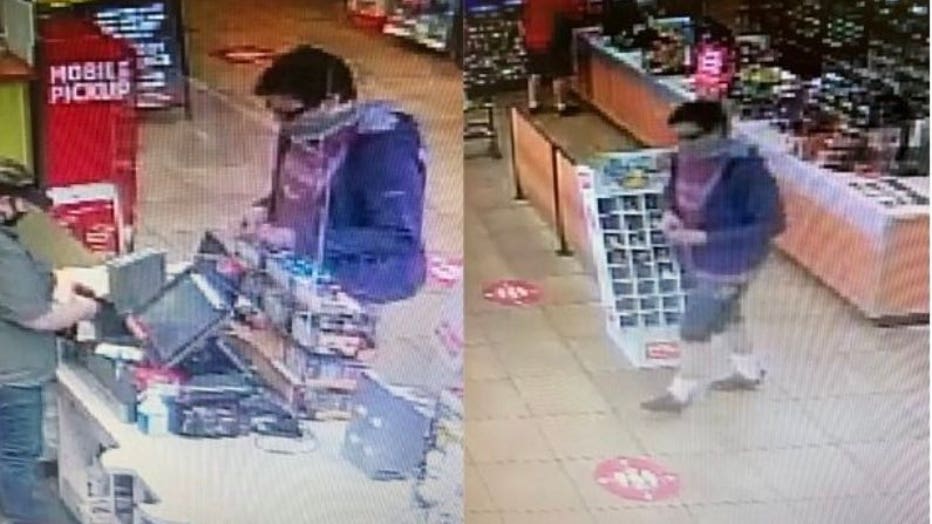 Manfredonia is a fugitive in the machete killing of 62-year-old Ted DeMers, of Willington, Conn. He also is believed to have killed his own high school friend, Nicholas Eisele, 23, on Sunday about 70 miles away in Derby, police say.

Connecticut State Police pleaded at a news briefing Tuesday for Manfredonia to turn himself in.

“We want you to be able to tell your story,” Lt. John Aiello said. “We are hear to listen to you. Your parents, your friends, all of us back here in Connecticut want a peaceful end to this.”

Manfredonia took an Uber to a Walmart in East Stroudsburg, not far from the New Jersey border, Pennsylvania State Police said Tuesday.

Manfredonia, who is believed to be armed with several guns stolen during the home invasion in Willington, was last seen wearing a white T-shirt and dark shorts and carrying a large duffel bag. Police have circulated a photo of a person matching his description walking along railroad tracks in East Stroudsburg.

Lt. John Aiello, of the Connecticut State Police, addressed the suspect during a press conference.

“Your family has hired an attorney on your behalf and your rights will be safeguarded … Please call 911, let us know where you are, we want to resolve this in a safe way. Please call us, we are waiting here to listen to you.”