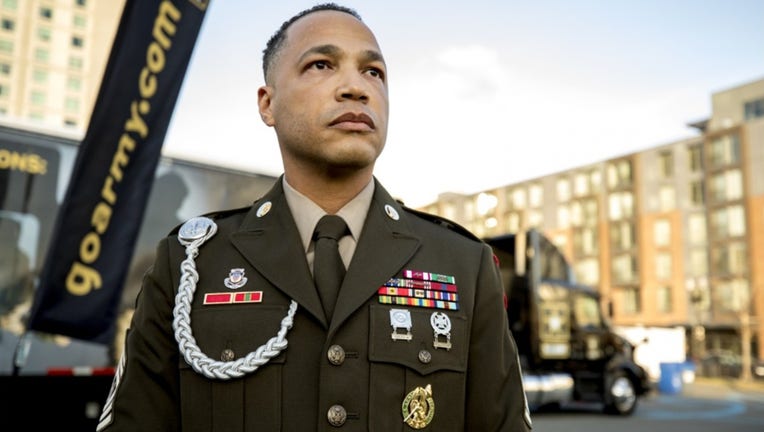 LOS ANGELES - The U.S. Army is in the process of rolling out new service uniforms called "Army Greens," that are based on the iconic "pinks and greens" worn in World War II.

The current "Army Blues" uniform will return to being a formal dress uniform, while the "Army Greens" will become the everyday business-wear uniform for soldiers, the Army said.

The "Army Greens" uniform will include khaki pants and brown leather oxfords for both men and women. Women also have the option to wear a pencil skirt and pumps, the Army said. There will also be a leather bomber jacket as an option for outerwear.

"The reintroduction of this uniform is an effort to create a deeper understanding of, and connection to, the Army in communities where awareness of the Total Army needs to increase," the Army said. "The Army believes this high-quality uniform will instill pride, bolster recruiting and enhance readiness."

The "Army Greens" will be provided to soldiers reporting to their first units as early as the summer of 2020, while the mandatory wear date for all soldiers will be 2028, according to the Army.

The Army announced the new uniform on Veterans Day in 2018.

The new uniform will be made in the U.S. and come at no additional cost to the taxpayer, the Army said.

"And if you think those uniforms were inexpensive, they were very expensive. They were very," he said. "But they wanted it, and we got it."