Two 16 year olds are charged as adults for a deadly shooting inside the Mall at Prince George's on Friday.

The two teens are being charged as adults in the case, and are being held at a D.C. jail pending extradition to Prince George's County.

Police say last Friday, March 25, officers with the Hyattsville City and Prince George’s County Police Departments responded to a shooting inside the mall, located in the 3500 block of East-West Highway in Hyattsville. Once there, they found a victim inside a store suffering from a gunshot wound. The victim was pronounced dead on the scene. Police later identified the victim as Daquan Dockery, 22, of Washington, D.C.

During a press conference, Hyattsville Police Chief Jarod Towers said the incident "did occur inside a busy area that our community frequents very often."

"This is shocking to us as it is to you," he said.

Towers would not say what store the shooting happened in. 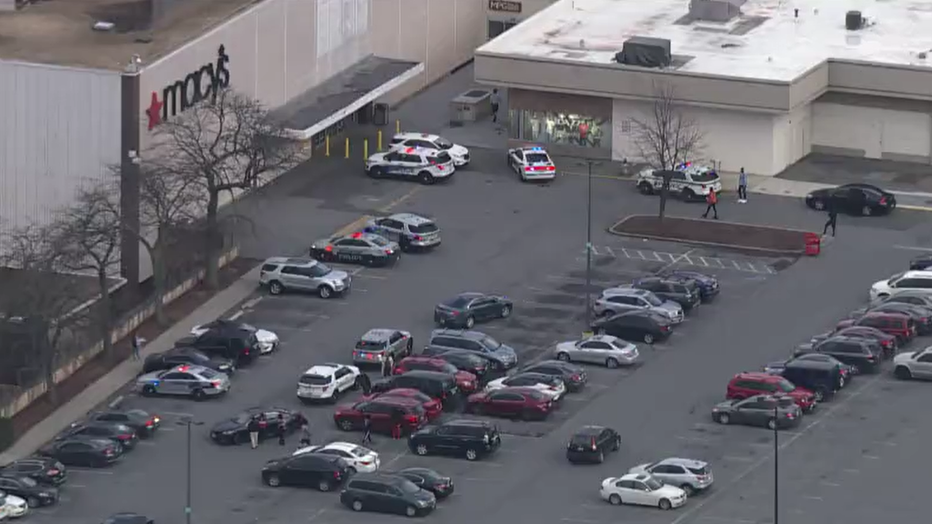 Detectives say they are still working to determine whether the suspects knew the victim. They are also investigating a motive, but say a preliminary investigation shows that the shooting may have stemmed from a dispute.

A spokesperson for the Mall at Prince George's issued a statement to FOX 5 DC following the shooting: "We are troubled by this isolated incident and are thankful for the PGCPD’s prompt response.  We will continue to work collaboratively with them on their investigation."

Chopper flies over the Mall at Prince George's in Hyattsville, Maryland where one male was shot and killed Friday night.

WATCH: Man fatally shot inside the Mall at Prince George's

As the Prince George's Police Department continues to investigate this shooting, they are asking anyone with information to call them at 301-516-2512.