Two Maryland men are behind bars after reportedly raping an 11-year-old girl.

The incidents apparently took place on several different occasions, including after a birthday party. In fact, police say the victim met her attackers through her older brother.

Mauricio Barrera-Navidad, 29, and Carlos Palacios-Amaya, 28, were taken into custody and are facing second-degree rape charges. The latter reportedly recorded one of the sexual encounters with the child on his cell phone. 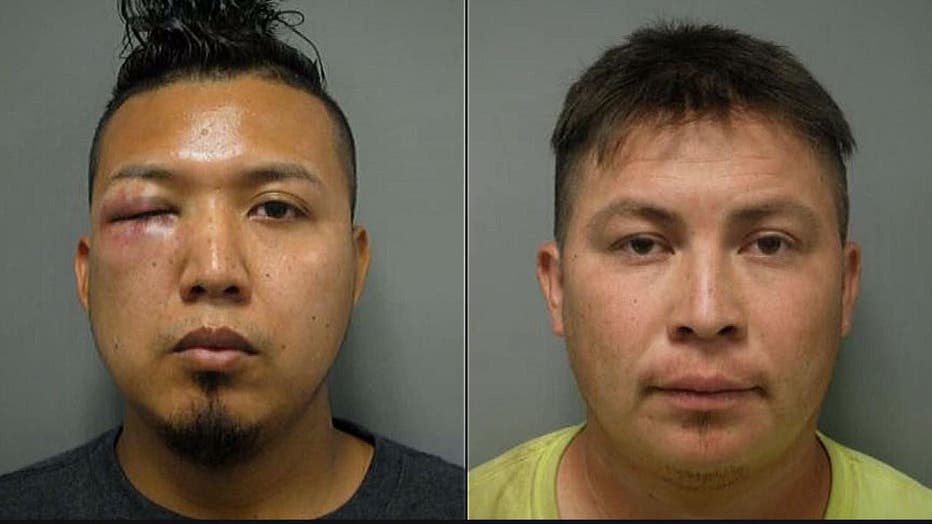 Court documents say the child apparently confided in a guidance counselor at school.

The incidents reportedly took place in Germantown, Maryland, in July 2018 and between September 2018 and October 2018.

A woman who answered the door at the home address listed for the victim described the accused rapist Palacios-Amaya as her friend and told FOX 5’s Tisha Lewis he’s innocent.

The U.S. Immigration and Customs Enforcement (ICE) sent the following information in regard to Barrera-Navidad and Palacios-Amaya:

"On July 25, U.S. Immigration and Customs Enforcement (ICE) lodged a detainer with the Montgomery County (Maryland) Detention Center on Carlos Ernesto Palacios-Amaya, a Salvadoran national, and a repeat immigration violator, following his arrest for rape. Palacios was previously removed from the U.S. in 2014.

On July 26, U.S. Immigration and Customs Enforcement (ICE) lodged a detainer with the Montgomery County (Maryland) Detention Center on Mauricio Barrera-Navidad, a Salvadoran national, unlawfully present in the United States, following his arrest for rape. Barrera is subject to a final order of removal that was issued by an immigration judge in December 2016.

Detainers serve as a legally-authorized request, upon which a law enforcement agency may rely, to continue to maintain custody of an alien for up to 48 hours so that ICE may assume custody for removal purposes.  Pursuant to ICE policy, all ICE detainers are submitted with an accompanying administrative arrest warrant or warrant of removal depending upon the circumstances of the individual case."