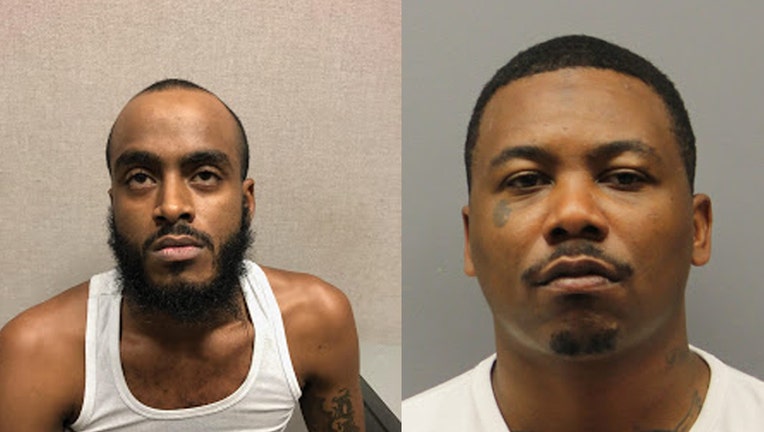 25-year-old Gregory Sam (left) and 26-year-old Tavone Hoes are charged with killing a Southeast man after a funeral earlier this month in Suitland.

WASHINGTON - Two men from Southeast D.C. are charged with killing another after a funeral earlier this month in Suitland.

Police say the shooting stemmed from a feud between two groups in D.C.

They say Hoes shot into a car Alkebular was in after a funeral for Eric Byrd, another homicide victim, Aug. 5 in the 5600 block of Suitland Road. Others in the car returned fire, hitting Hoes in the arm. Sam drove a getaway car.

Alkebular died later that night at a nearby hospital.

Police say they were breaking up a large fight after the funeral service when the shooting occurred nearby.

Hoes remains in a hospital in D.C., where Sam is also in custody. Both men await extradition to Prince George's County.