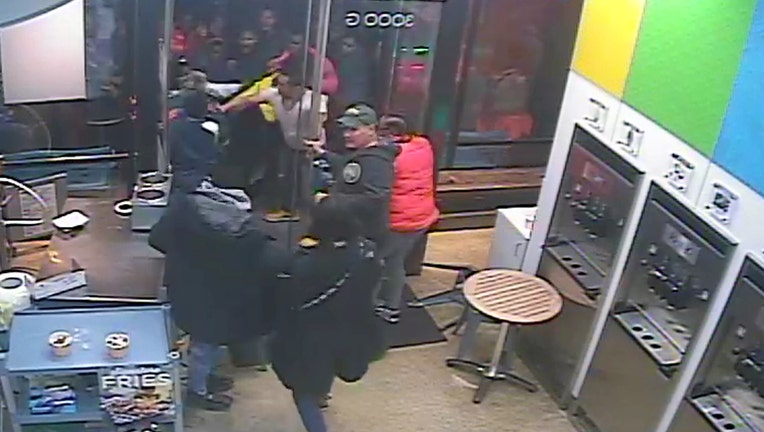 WASHINGTON (FOX 5 DC) - Two teens have been arrested in connection with a brawl that broke out at a frozen yogurt shop across from the National Zoo over the weekend.

The incident happened at FrozenYo in the 3000 block of Connecticut Avenue, NW at around 9:17 p.m. Saturday.

FOX 5 obtained an exclusive video of the fight from the store's owner earlier this week. Both owners can be seen being hit by some of the people in the mob.

Video obtained by FOX 5 shows children mobbing a frozen yogurt store near the National Zoo during the Zoolights chaos.

The brawl was just one of the chaotic moments involving large groups of teens reported around Saturday's ZooLights event.

Police say they are still investigating and looking for other teens involved in the brawl.