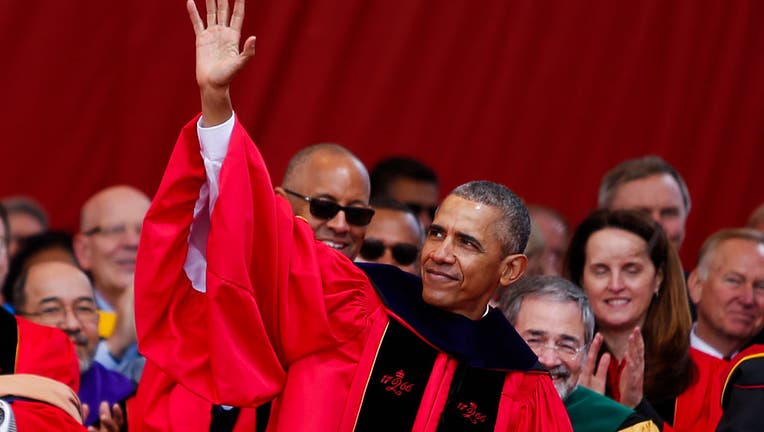 NEW BRUNSWICK, NJ - MAY 15: U.S. President Barack Obama waves to the crowd as he leaves the stage at the conclusion of his speech during the 250th anniversary commencement ceremony at Rutgers University on May 15, 2016 in New Brunswick, New Jersey. O

Colleges and universities across the world have canceled or postponed their graduation ceremonies due to the COVID-19 pandemic, leaving the class of 2020 frustrated that they may not have the chance to celebrate their academic accomplishments in person.

But there may be some digital solace on the educational horizon in former President Barack Obama.

The former U.S. president announced his support in a new video on Tuesday, April 14.

On Wednesday, April 15, Twitter user lincolnjackd posted a message requesting that the 44th president deliver a national commencement address to the high school and college students across the country who will be missing out on their commencements.

The tweet quickly went viral, with many supporting the idea of a commencement speech delivered by Obama.

U.S. presidents giving commencement addresses is not unusual. President Donald Trump has given commencement speeches at educational institutions including Liberty University and the U.S. Naval Academy.

President Obama has also spoken at the commencements for schools like Howard University, the University of Michigan, Rutgers University and Arizona State University.

FOX TV Stations reached out to the office of Barack and Michelle Obama for comment, but has not yet received a response.