Emory University researcher Dr. Neil Winawer delves into the debate over mask mandates. Students are returning to schools and many are required to wear a face covering.

WASHINGTON - Rep. Marjorie Taylor Greene has been suspended from Twitter for a week after she claimed on the social media platform that vaccines are "failing."

Greene tweeted on Monday that the Food and Drug Administration "should not approve the covid vaccines." She also claimed the vaccines were "failing" and that they were ineffective at reducing the virus's spread. 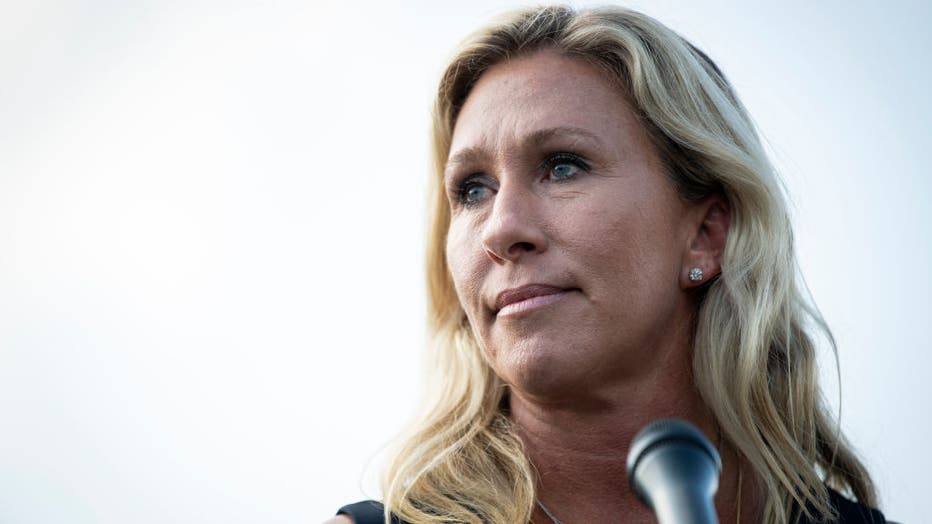 This isn't the first time the congresswoman from Georgia has been suspended from Twitter. Just last month, Greene was put in a 12-hour timeout after the social media company said some of her tweets violated its policy against spreading misinformation that could cause harm during the coronavirus pandemic.

Greene blasted back at the time, calling the suspension "a Communist-style attack on free speech."

Twitter suspended Greene after President Joe Biden urged tech companies to take stronger action against bogus vaccine claims that are "killing people." Twitter has defended its efforts to keep dangerous misinformation about COVID-19 off its site, saying it has removed thousands of tweets and challenged millions of accounts worldwide.

Greene appears to have been disciplined under the "strike" system Twitter launched in March, using a combination of artificial intelligence and machine learning to identify content about the coronavirus that is misleading enough to cause harm to people. Two or three strikes earn a 12-hour account lock; four strikes prompt a weeklong suspension, and five or more strikes can get someone permanently removed from Twitter.

Current state of the COVID-19 pandemic

The COVID-19 crisis has worsened around the country, with hospitals experiencing deeper strain in unvaccinated areas of the South. Eighteen months after being hit with an early surge of COVID-19 cases, hospitals in southwest Georgia are once again seeing their patient numbers quickly rising.

Hospitals in southwest Georgia are being hit hard as the delta variant of the COVID-19 virus continues to spread mostly among the non-vaccinated population.

RELATED: Hospitals in southwest Georgia are once again feeling brunt of another COVID-19 surge

At Phoebe Putney Memorial Hospital in Albany, Georgia, they now have 131 COVID-19 patients, the highest number they have seen since the January peak.

Dr. Eddie Black, the hospital's medical director for emergency services, says he feels like history is repeating itself in Albany, where just 35% of residents are fully vaccinated.

"We're kind of bewildered," Black said.  "At one point in time, we were ranked fourth in the world, when it comes to the death rate, behind Wuhan, the Lombardi region of Italy and New York City.  And, little Albany Georgia was fourth in the death rate.  So, you would have thought we would have responded in greater numbers from a vaccination standpoint."

RELATED: Georgia couple dies of COVID-19 hours of each other

According to Black, about 86% of their hospitalized COVID-19 patients, and almost all of those in the ICU, are unvaccinated.

The latest news is now members of the U.S. military will be required to get the COVID-19 vaccine beginning next month under a plan laid out by the Pentagon and endorsed by President Joe Biden.

The Associated Press contributed to this report. This story was reported from Atlanta.