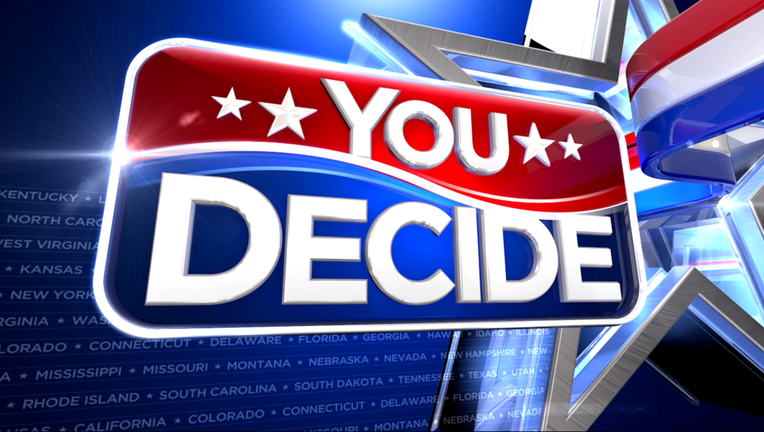 WASHINGTON (AP) - The final weekend of campaigning in the midterms might come down to this: Donald Trump versus Barack Obama.

The Republican president and his Democratic predecessor are both lending their considerable political clout to key Senate and gubernatorial battlegrounds in Indiana, Florida and Georgia this weekend, aiming to motivate voters before Tuesday's election.

Far from buddies, Trump has frequently blasted Obama's economic stewardship and handling of trade agreements while the former president has warned that the "character of our country is on the ballot."

Friday's campaigning will feature a split-screen of Trump events in Indianapolis and Huntington, West Virginia, while Obama will rally Democrats in Miami and Atlanta.

Trump covets the Senate seats held by Democrats Joe Donnelly of Indiana and Joe Manchin of West Virginia, two states that the president won handily in 2016. Democrats, meanwhile, could make history by electing black governors in Florida and Georgia, and are turning to the nation's first black president to help make their case.

During the weekend, Trump will head to Montana and Florida on Saturday and Georgia and Tennessee on Sunday. Obama will return to the trail on Sunday, headlining rallies for Donnelly in Gary, Indiana, and in his hometown of Chicago for J.B. Pritzker, who is running for Illinois governor.

A look at campaign activities on Friday:

Trump received the type of jobs report that any president would envy heading into the final days before the midterm elections. But will he use it to his advantage?

The October economic data released Friday packed a wallop, finding that U.S. employers added 250,000 jobs during the past month and unemployment remained at a five-decade low of 3.7 percent. More people entered the labor force and wages made their biggest gains since 2009.

Yet it landed at the end of a week in which the president has made immigration and border security the paramount issue for Republicans in the midterms, warning without offering evidence that a caravan of immigrants is preparing an "invasion" of the U.S. southern border.

Trump called the economic numbers "incredible" on Twitter but it raised the question of whether the president will pivot back to the economy - an approach favored by embattled House Republicans - or keep up his drumbeat on immigration before the election.

Trump teased Knight's appearance in a tweet, saying: "Don't tell anyone (big secret), but I will be bringing Coach Bobby Knight to Indiana. He's been a supporter right from the beginning of the Greatest Political Movement in American History!"

Trump, Knight and Vice President Mike Pence, a former Indiana governor, will be rallying supporters behind Republican Mike Braun, who is running against Sen. Joe Donnelly, D-Ind., in a closely watched Senate contest.

In West Virginia, Trump will be helping for Republican state Attorney General Patrick Morrisey, who is in a tight contest against Sen. Joe Manchin, D-W.Va.

A group of high-powered Latinas are campaigning in Florida this weekend in two largely Latino neighborhoods to drive turnout in the midterm elections.

Also attending the Kissimmee rally will be the wife of Democratic gubernatorial candidate Andrew Gillum and two U.S. representatives of Puerto Rican background - Darren Soto of Florida and Nydia Velazquez of New York. Kissimmee is home to many transplants from Puerto Rico.

For AP's complete coverage of the U.S. midterm elections: http://apne.ws/APPolitics