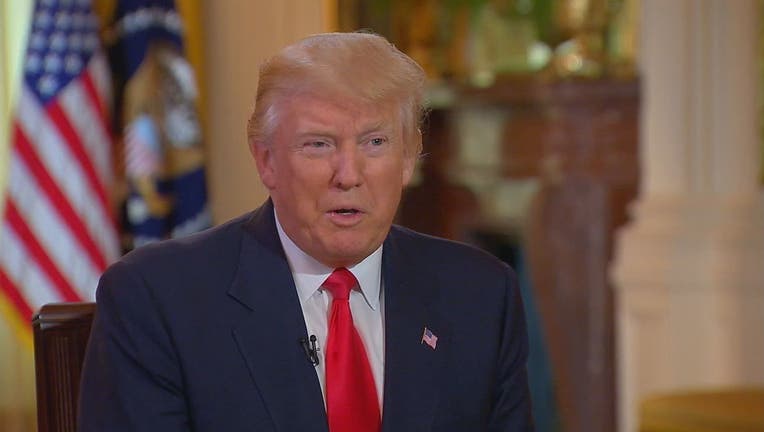 WASHINGTON (AP) -- President Donald Trump on Thursday created an office at the Department of Veterans Affairs to improve accountability and protect whistleblowers, calling it a "bold step forward."

Trump, who made improving veterans' care a prominent issue in his presidential campaign, said the Office of Accountability and Whistleblower Protection will make clear "that we will never, ever tolerate substandard care for our great veterans." VA Secretary David Shulkin said the office will help identify "barriers" that make it difficult for the department to fire or reassign bad managers or employees.

Another function of the office will be to help shield whistleblowers from retaliation.

"With the creation of this office, we are sending a strong message: Those who fail our veterans will be held, for the first time, accountable," Trump said at the VA before signing an executive order to create the office. "And at the same time, we will reward and retain the many VA employees who do a fantastic job, of which we have many."

The move follows Trump's signing last week of a bill that extends a VA program that allowed some veterans to seek medical care outside of the department's troubled health system.

In 2014, as many as 40 veterans died as they spent months waiting for appointments at the VA medical center in Phoenix. Officials there were found to have manipulated appointment data and engaged in other schemes in attempt to cover up the backlog.

Trump also joined veterans' groups in calling on the Senate to pass a pending accountability measure.

The House has already passed a bill to make it make it easier for the VA to fire, suspend or demote employees for poor performance or bad conduct, but Senate continues to work on its version of the legislation. Shulkin said Trump's decision to create the office even before Congress sends him a bill speaks to his commitment to accountability at the VA.

"He's asking through his executive order for VA to do everything that it can internally," Shulkin said Wednesday at a White House briefing. "But we know that that's not going to be enough to get done what I want to get done, which is to be able to, once we identify people that need to leave the organization, to get them out quickly. So I do need legislative help as well."

The VA said it will have an executive director for the accountability office by mid-June. The director will help identify ways the VA secretary can discipline or terminate a VA manager or employee as well as reward top performers. The VA has often complained it can't discipline or remove employees due to a lengthy union grievance process.

Shulkin also announced additional steps Thursday to improve VA care and to reduce waste, fraud and abuse at the department through a task force made up of private-sector and government groups.

The VA also plans to partner with the Department of Health and Human Services to allow medical professionals from the U.S. Public Health Service Commissioned Corps to help provide care to veterans at VA facilities in underserved areas. Shulkin has said that his reform effort includes building a more "integrated" model of VA care that uses private doctors and doctors from other federal agencies.

Meanwhile, veterans' groups want the Senate to act soon to send the accountability legislation to Trump for his signature.

"The longer the Senate waits, the longer veterans will suffer," said Mark Lucas, executive director of Concerned Veterans for America.

The new VA office will also investigate reports of retaliation against VA employees who expose illegal or unethical conduct, Shulkin said, adding that "we will take actions" if it is determined that an employee whistleblower has been subjected to retaliation for coming forward.

No new hiring will be done for the office. Existing VA employees will be transferred there, despite department-wide employee shortages and a decision to leave thousands of VA positions unfilled. Shulkin said he didn't have dollar figures for how much the office would cost, but said it will require a "substantial commitment."

The executive order is one of several Trump is signing this week as he seeks to score accomplishments before Saturday, his symbolic 100th day in office.