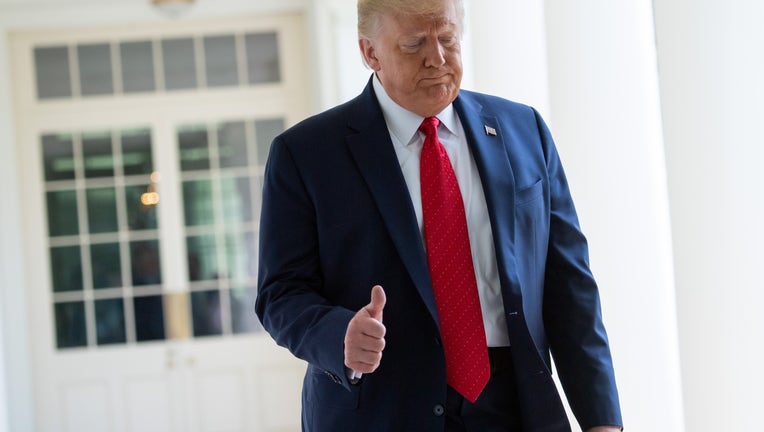 FILE - US President Donald Trump arrives for the event where he will sign an executive order on police reform, in the Rose Garden of the White House in Washington, DC, June 16, 2020.

WASHINGTON - President Donald Trump was outraised by Joe Biden in May, taking in $74 million for his reelection, but he maintains a sizable advantage in cash on hand over the presumptive Democratic nominee.

The pro-Trump effort, which includes fundraising by the Republican National Committee, on Saturday reported its total days after Biden and Democrats said they had amassed nearly $81 million last month for his White House bid.

Trump’s campaign announced this week that it raised $14 million last Sunday, which was the president’s birthday.

Biden on Monday brought in $6 million at a single event featuring Massachusetts Sen. Elizabeth Warren, a onetime rival for the nomination. He plans a fundraiser Tuesday with former President Barack Obama.

Trump’s campaign has begun wide-scale general election ads, spending about $24 million on television and digital spots over the past month, but it has come as the president’s standing in both public and private surveys has taken a hit.