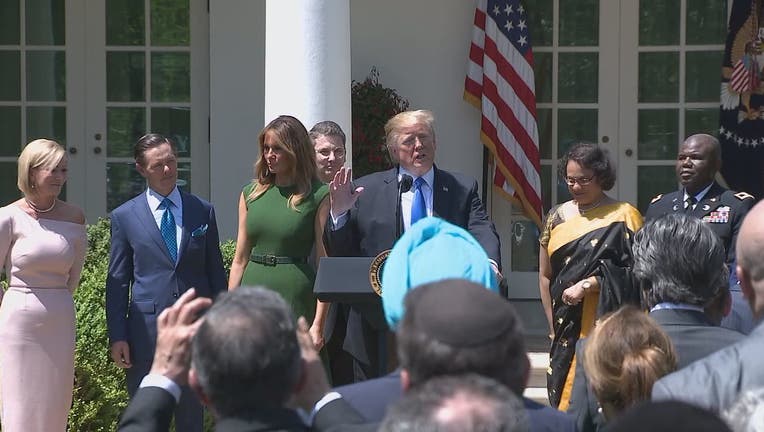 WASHINGTON (AP) - The Trump administration is putting the finishing touches on a regulation to protect the rights of clinicians who object to participating in abortions.

President Donald Trump made the announcement Thursday during a speech in the White House Rose Garden to mark the National Day of Prayer.

According to an earlier draft from the Department of Health and Human Services , the rule would require that hospitals, universities, clinics and other institutions that receive funding from federal programs certify that they comply with some 25 federal laws protecting conscience and religious rights. Most of these laws address medical procedures such as abortion, sterilization and assisted suicide.

The conscience rule is a priority for religious conservatives. Some critics fear the rule could become a pretext for denying medical care to LGBT people.