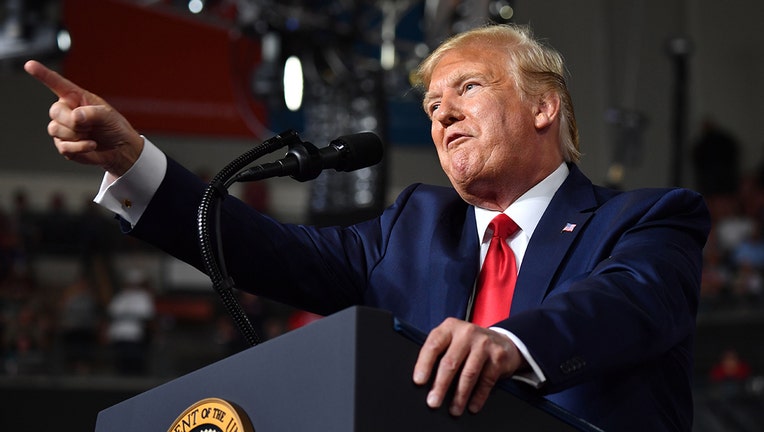 WASHINGTON - President Donald Trump turned to one of his favorite punching bags again Sunday morning after a Fox News poll shows him losing to Democratic presidential frontrunners including Joe Biden and Elizabeth Warren.

Trump tweeted "With all that this Administration has accomplished, think what my Poll Numbers would be if we had an honest Media, which we do not!" 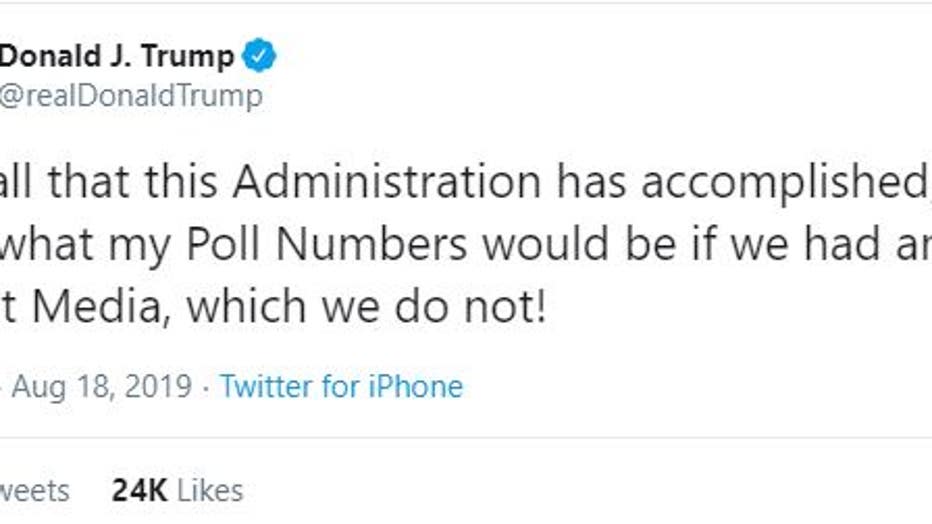 Trump posted the tweet two days after Fox News released a new poll showing he would lose a presidential race to Biden and Warren, as well as Sens. Bernie Sanders and Kamala Harris.

While the Democratic nomination horse race continues -- Warren jumped ahead of Sanders this month -- the poll finds each of the four Dem frontrunners gained ground against Trump in a hypothetical matchup.

Harris’s 6-point advantage in a matchup against Trump sits right at the error margin (45-39).

That said, Trump has trailed in polls before.

“So much can happen in a day, let alone 14 months,” said Republican pollster Daron Shaw, who conducted the poll with Democratic pollster Chris Anderson. “But the president’s inability to capitalize on the strong economy, especially among independents, has to concern the White House.”

Conducted August 11-13, 2019 under the joint direction of Beacon Research (D) and Shaw & Company (R), the Fox News Poll includes interviews with 1,013 randomly chosen registered voters nationwide who spoke with live interviewers on both landlines and cellphones.  The poll has a margin of sampling error of plus or minus three percentage points for all registered voters, and 4.5 points for Democratic primary voters (483).