The Tongass National Forest in southeast Alaska covers 16.7 million acres and is the largest intact temperate rainforest in North America.

JUNEAU, Alaska - The U.S. Forest Service is taking comments on a proposal that would exempt the country's largest national forest from a ban on timber harvests and road building in roadless areas.

This option is listed as the preferred alternative by the agency in a draft environmental review and would exempt the Tongass National Forest in southeast Alaska from the Clinton-era policy known as the “Roadless Rule."

The rule bans road construction and logging on millions of acres of the national forest system.

The proposal, announced Monday by the Forest Service under the U.S. Department of Agriculture, is in response to a request from the state of Alaska, which submitted a petition seeking an exemption in 2018.

President Donald Trump directed Agriculture Secretary Sonny Perdue to lift the restrictions on the Tongass National Forest under the rule in August, The Washington Post reported.

The Tongass National Forest covers 16.7 million acres and is the largest intact temperate rainforest in North America. “Rich in natural resources and cultural heritage,” the agency said developed areas cover about 8 percent of the Tongass and encompasses 32 communities — including the state capitol of Juneau. 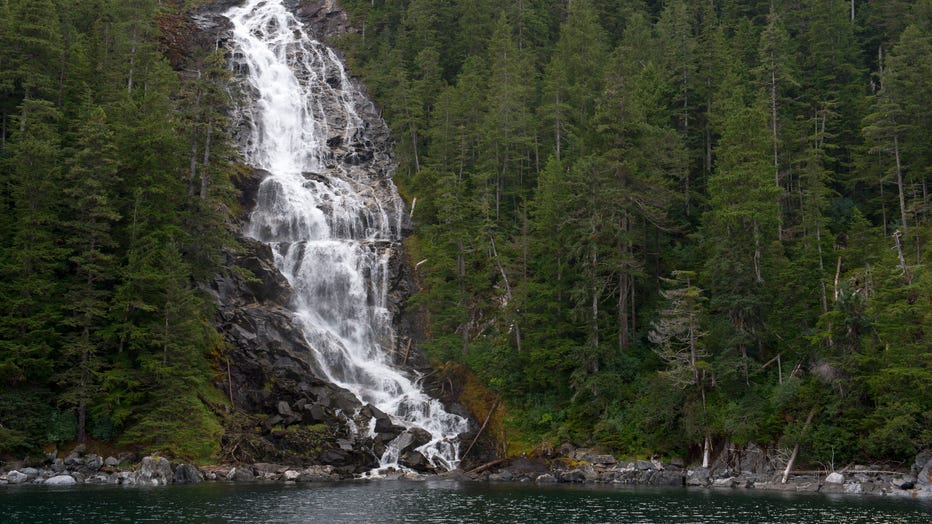 A waterfall is shown on Baranof Island in the Tongass National Forest. (Photo by Wolfgang Kaehler/LightRocket via Getty Images)

The U.S. Forest Service's announcement details six different options related to the rule, ranging from no action to removing protections on all of the Tongass National Forest's roadless area.

Conservationists criticized the plan as short sighted and lacking in rationale.

The U.S. Forest Service was expected to publish a draft environmental impact statement in the Federal Register this week. The agency said it will hold a series of public meetings on the proposal and open it to public comment through Dec. 17, with a final decision expected by June 2020.