Fay was expected to bring 2 to 4 inches (5 to 10 centimeters) of rain, with the possibility of flash flooding in parts of the mid-Atlantic and southern New England, The U.S. National Hurricane Center said in its 5 a.m. advisory. That's down from earlier forecasts of about 3 to 5 inches (8 to 13 centimeters) of rain.

Tropical Storm Fay will bring some rain and winds to the mid-Atlantic beaches Friday. The heat and humidity return for the weekend.

Fay is the earliest sixth-named storm on record, according to Colorado State University hurricane researcher Phil Klotzbach. The previous record was Franklin on July 22, 2005, Klotzbach tweeted. 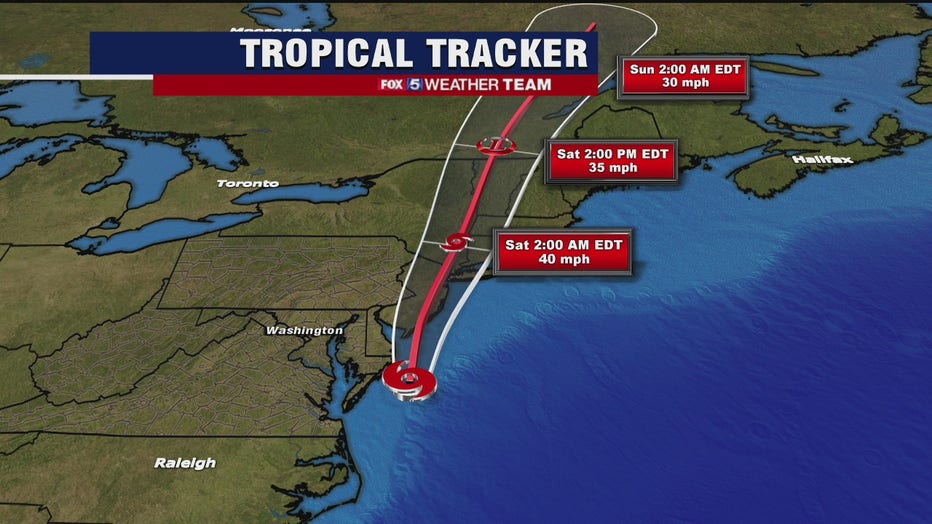 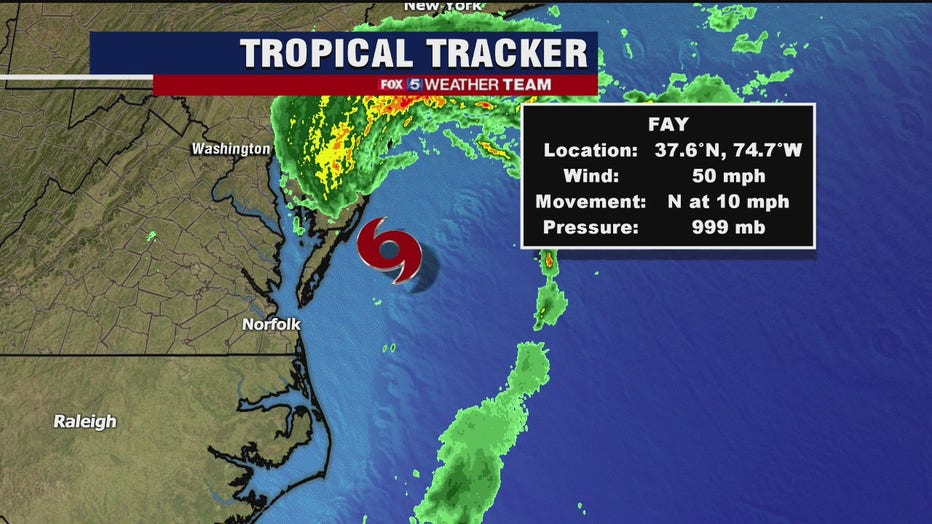 Two named storms formed before the official June 1 start of the hurricane season. None of this season’s previous five named storms strengthened into hurricanes.