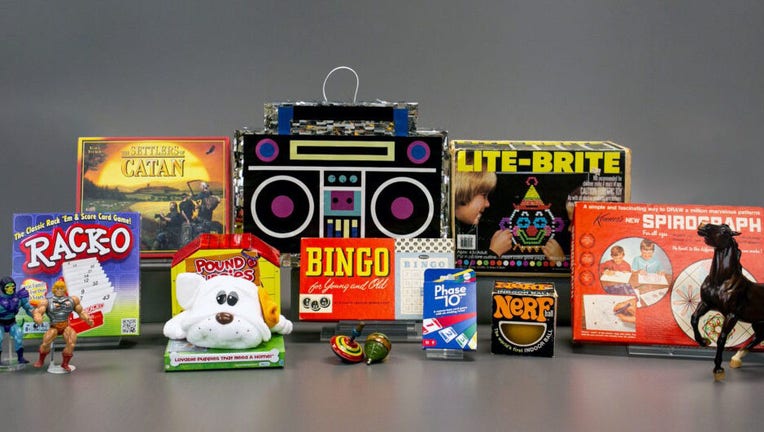 ROCHESTER, N.Y. - Voting opened Wednesday on which toys should go into the National Toy Hall of Fame this year. The class of 2022 finalists are: bingo, Breyer Horses, Catan, Lite-Brite, Nerf Toys, Masters of the Universe, piñata, Phase 10, Pound Puppies, Rack-O, Spirograph, and the top.

"These 12 toys span the history of play. The top is as old as civilization itself and bingo has been played in some form for hundreds of years," said Christopher Bensch, vice president for collections at The Strong museum in Rochester, where the hall of fame is housed.

The public is invited to vote online through Sept. 21. The three toys that receive the most public votes will make up a single "Player's Choice" ballot. That ballot will be counted alongside those turned in by a national selection committee whose members include industry experts, academics and others.

The inductees will be announced Nov. 10.

"All 12 of these toys have what it takes to be contenders for the class of 2022," Bensch said.

The iconic toys of Mattel

Mattel has produced several iconic toys throughout the decades.

Anyone can nominate a toy for the annual honor, but to be recognized by the hall of fame, toys have to have achieved icon status, longevity and foster learning or discovery. They also must have changed play or toy design.

The National Toy Hall of Fame opened at The Strong in 1998. So far, 77 toys have been inducted, from simple favorites like the paper airplane, bubbles and sidewalk chalk to the even more ubiquitous, including the stick and cardboard box.