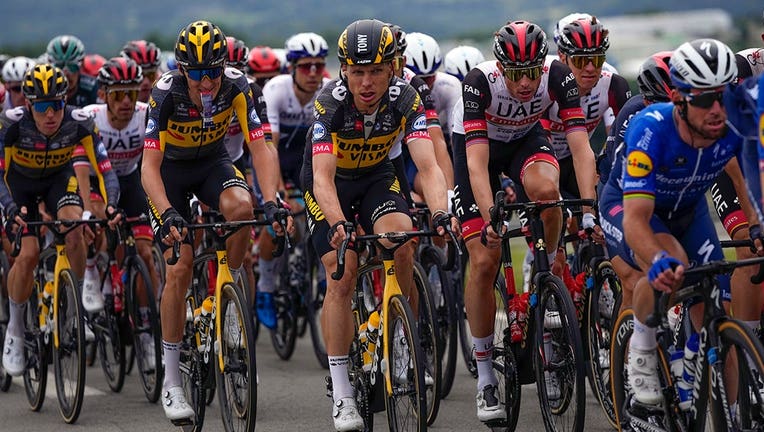 Stage one of the Tour de France on Saturday saw two big crashes take down several riders, one of which was caused when a spectator stuck out a sign too far into the road.

Both incidents happened in the final hour of the race, with the first happening with just 27 miles left to go, according to cyclingnews.com.

Several videos posted on social media showed a spectator holding out a cardboard sign on the side of the road when a rider in the peloton crashed it, causing a massive pileup.

The Dutch riding team, Jumbo-Visma, was among the most significantly impacted by the crash. Cyclist Tony Martin was the one who made contact with the spectator’s sign, according to the report.

A second collision took place a short time later with a little more than six miles to go, according to eurosport.com.

The extent of the injuries was not immediately known. Martin reportedly suffered road rash from the initial crash but was able to rejoin the race, while Germany’s Jasha Sutterlin had to withdraw.