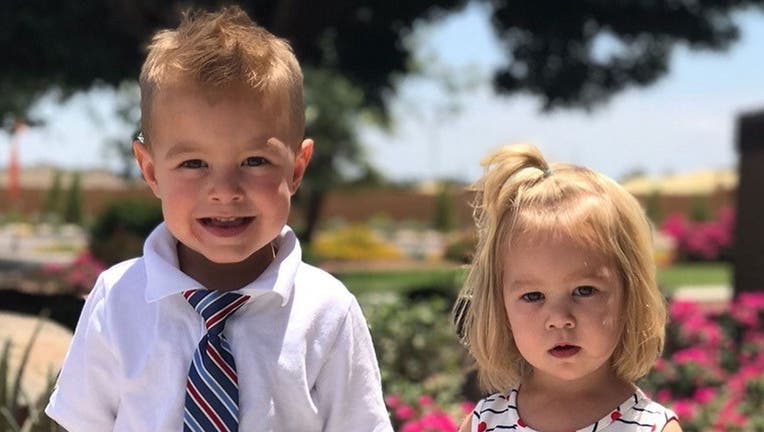 An image of Colt and Kimber Naylor before the little boy wreaked havoc on his young sister's hair. ( Kennedy News and Media )

(FOX NEWS) -- Two parents in Arizona were shocked to discover their toddler son had tried to cut his baby sister’s blond tresses — and ended up hacking off much of the right side of her hair. Stunned, the kids’ mother called over her hairstylist pal for an emergency trim, only to later report that the surprisingly “rad” final look suits her young daughter’s “spunky” personality.

Breana and Michael Naylor were having lunch in their kitchen last month while their young children Colt, 3, and Kimber, 2, romped around the house, the Mirror reports.

When their tots had been quiet for a suspiciously long time, Breana went to check on them — and was floored to find Colt holding scissors and Kimber with her hair half-shorn and spread out across the floor of the parents' bedroom.

"When I saw them I was shocked, but I thought it was funny. I started laughing," the Queen’s Creek woman said, according to The Sun.

"My husband came in and he was a little angry at first until he found the humor in it too,” she continued. “He was upset at first that his little girl's hair was now all scattered over the floor.”

According to the Mirror, Kimber was “seconds away” from losing even more hair to the scissor-happy hands of her big brother.

"We explained that we don't play with scissors and you could tell Colt felt bad. We had him vacuum up the hair that he'd cut off,” Breana recalled. "I think he's learned his lesson — he won't be doing it again."

Thinking quickly, the parent called her friend and neighbor Jen Bullock, who works as a hairstylist, to help redeem the situation. 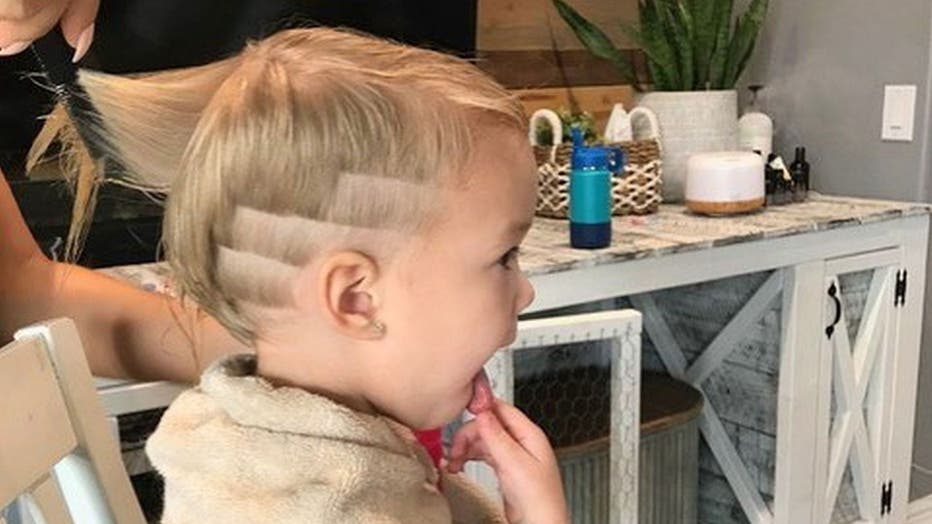 Kimber was reportedly “seconds away” from losing even more hair to the scissor-happy hands of her big brother, had her mom not intervened. (Kennedy News and Media)

Bullock came over right away, revealing that her first thought was to "be calm and make lemonade out of lemons” as she brainstormed ways to transform the botched cut into a “cute” look for little Kimber.

"I said, 'OK, we're going to make this cute. I'm going to figure out what I'm going to do with those hard lines and we're gone make lemonade out of this'," she said, according to The Sun.

Bullock and Breana reviewed photos on the Internet together for inspiration, and settled on a trendy final look that would make everyone happy.

"I got the clippers out, had fun with that right side, created a cute shape to her full cut - and rest was history!" the hair care professional said.

"I'm not sure if Colt is destined to be a barber. Every time I get the buzzer and scissors out to cut my husband's hair, he's always begging me to let him try it."

"It turned out great. I love the new haircut. I'm a little jealous and wish I got to rock something that rad looking,” she gushed, the Mirror reports. "I'm not sure if Kimber is more spunky now because of her hair, or if her hair now matches her personality. I think the hair definitely suits her more now,” she said, adding that her husband likes Kimber's new look too.

According to Breana, creative Colt also restyled some of the dresses in his mother’s closet during the slicing spree.

"Not only had he been hacking away at Kimber's hair but he'd been destroying my dresses," she said, claiming she had to throw one in the trash.

Despite Colt’s apparent new interest in redesigning the things around him, the mom isn’t quite sure if her young son would be best suited for a career in cosmetology down the road.

"I'm not sure if Colt is destined to be a barber. Every time I get the buzzer and scissors out to cut my husband's hair, he's always begging me to let him try it,” she joked. 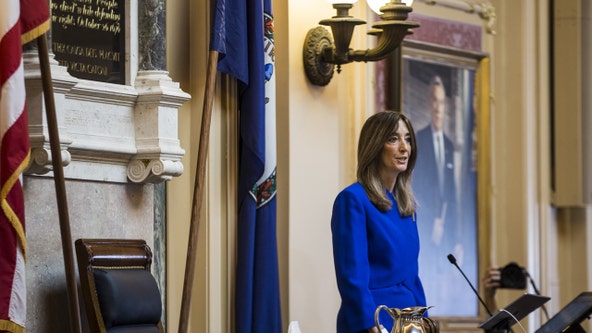