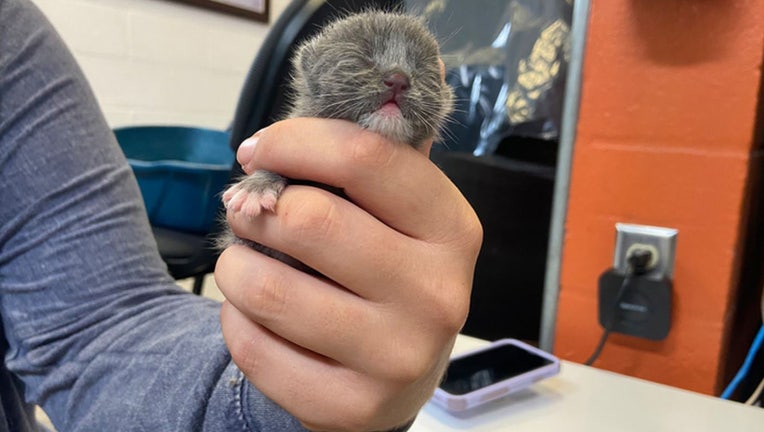 A small staff at an animal shelter in Sarasota, Florida, managed to take care of over 100 cats and a four-day-old kitten even amid the wrath of Hurricane Ian.

At Cat Depot in Sarasota, staff members hunkered down inside the shelter overnight as wind banged at their windows amid the hurricane.

Some water did make its way inside the building.

"[It was] dripping off … and then collecting it into the litter box at the bottom," said Ryan Simonson, manager of the shelter's care and facilities.

Forecasters originally predicted Hurricane Ian would hit slightly more north than it did, along the Gulf Coast.

Instead, it hit cities like Naples and Fort Myers the hardest, destroying homes and cars.

The cities of Sarasota and, even more north of that, Tampa were just shy of the direct path, but even those cities suffered some damage.

Shelters like Cat Depot are vulnerable when it comes to the ability to evacuate a lot of animals quickly. 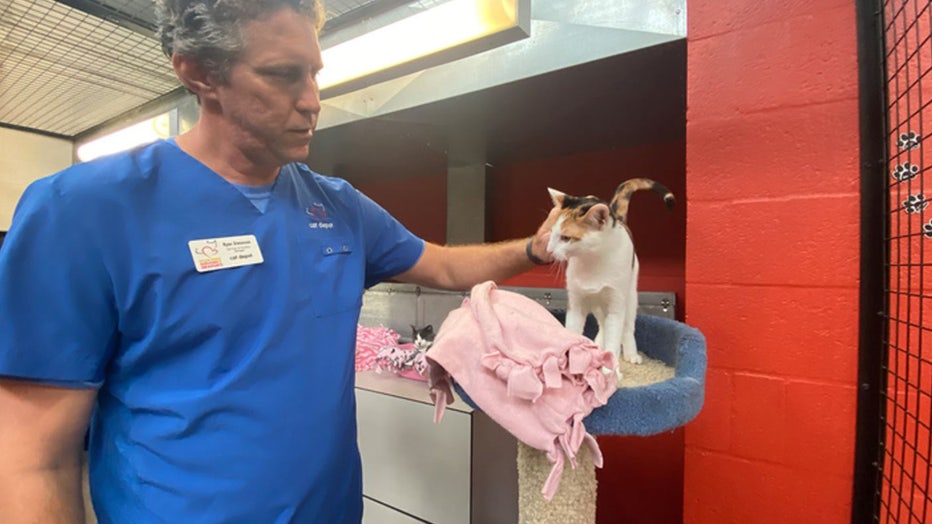 Ryan Simonson tends to one of the animals at Cat Depot, a nonprofit shelter in Sarasota, Florida. He and the rest of the staff stayed overnight to care for the animals during Hurricane Ian.  (Ashley Soriano/Fox News)

"We have a steel roof, which is great for survivability, but not great for acoustics, so the cats experienced a lot of loud noises," Simonson said.

"We provided them with hiding holes and put up some sound-dampening materials to help in the spaces that they live in."

Insulation on the roof partly came off, some materials inside like dishes and laundry facilities were lost and the hot water and power in the building went out.

The staff got little-to-no sleep the night Ian hit.

"It's been trying. It's a lot of long hours," Simonson said. "It's been a lot of management of cat anxiety."

HURRICANE IAN WEATHER TIPS: HOW TO KEEP YOUR PET SAFE DURING A STORM

The shelter has a mobile trailer that can house about 120 cats. They prepared that, along with plenty of carriers in case they had to evacuate. 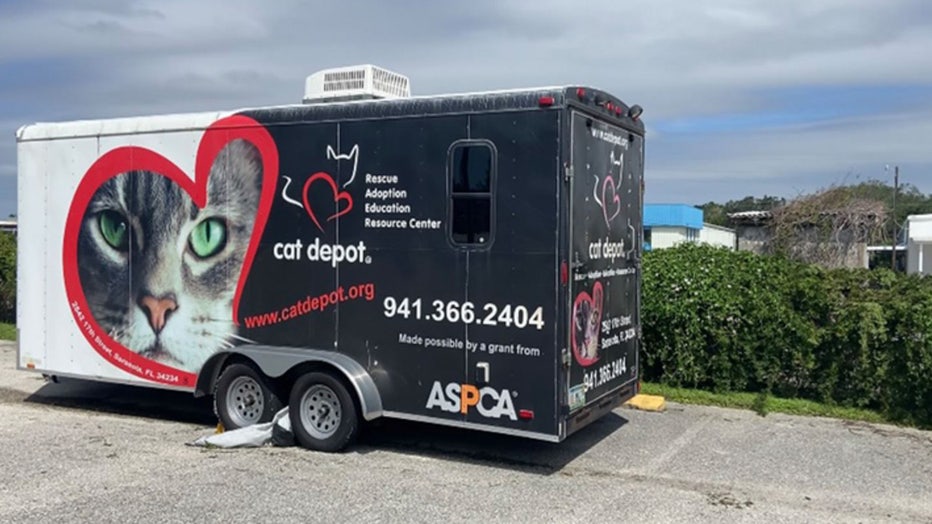 Cat Depot in Sarasota missed the worst of Hurricane Ian but still suffered some damage. The nonprofit has a mobile trailer that can house more than 100 cats. (Ashley Soriano/Fox News)

Cat Depot also opened its building to the public if anyone wanted to drop off their animals as they braced for the storm.

The shelter also has a retail side, with necessary supplies such as cat food.

The operation is hoping to reopen to the public on Saturday, as other stores that sell these products may remain closed or find themselves low on product.

"I'm from Florida originally. I've been through a lot of large storms," said Simonson.

"This is the first one that I think I was actually nervous about," he continued.

The nonprofit relies on community donations and volunteers, and the cleanup process takes all hands on deck.

But the staff say they’re grateful they missed the worst of Ian — and that all the animals are safe.