Tim Tebow and his wife, Demi-Leigh Nel-Peters, celebrated a special "Night to Shine" Monday in Albania ahead of the worldwide celebration Friday.

The newlyweds danced the night away with guests as the Tim Tebow Foundation prepares to roll out the red carpet --literally -- for an unforgettable prom night experience for people with special needs, ages 14 and older, for the sixth year on the Friday before Valentine's Day.

The outspoken Christian athlete and sports commentator said he wants to make the world a place where every single person is valued and honored for their "God-given worth." 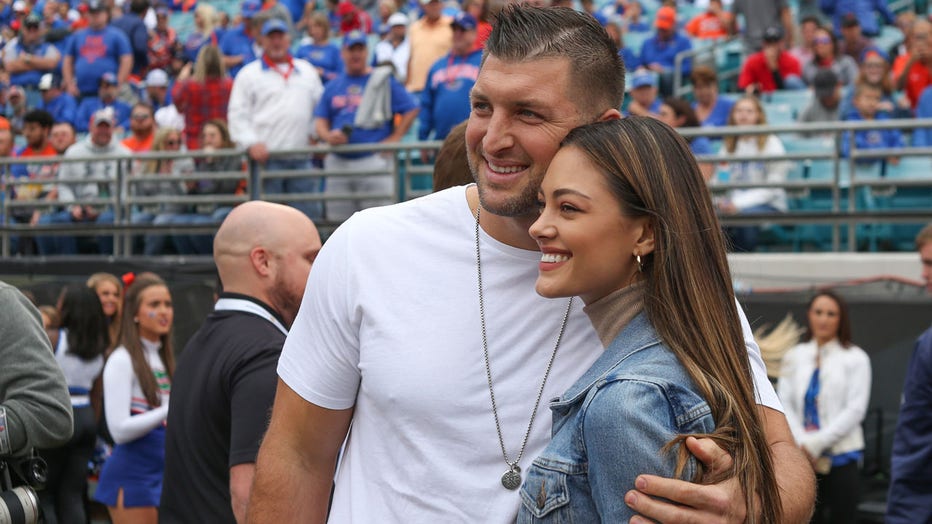 Former Florida Gators quarterback and television analysts Tim Tebow poses for a photo with fiancé Demi-Leigh Nel-Peters during the game between the Georgia Bulldogs and the Florida Gators on November 2, 2019 at TIAA Bank Field in Jacksonville, Fl. (P

"We want to have masses of humanity celebrating them because that doesn't happen a lot," Tebow continued, "But on February 7 of this year, it's going to happen with over 200,000 volunteers in over 30 countries and we want you to be a part of it."

The honored guests are greeted with a red carpet welcome, lined with paparazzi cheering them on as they make their way inside. Then, women are treated to having their hair and makeup done, while men get their shoes shined. The guests enjoy a catered dinner with party favors and activities, including dancing and karaoke. The pinnacle of the night is, every guest is crowned king or queen of the prom.

More than 720 churches, spanning 36 denominations, are hosting the big event, made possible through the support of the official global partners: American Residential Services and OneShare Health, along with many other corporations and individual donors standing with the Tim Tebow Foundation.