A New Jersey man surprised his longtime girlfriend with a proposal outside Walmart.

It will be a proposal to remember, and that’s probably what a New Jersey man had in mind when he decided to propose to his longtime girlfriend outside of a Walmart.

Tyrone Conley posted a video to his Facebook page on May 4 of the momentous event with the caption: “They trying to say I was stealing out of Walmart!!!”

Conley decided to propose to his girlfriend, Toccara Anderson, with the help of the security staff at their local Walmart.

In the video, Conley is seen being escorted out of the store by security with a very concerned Anderson following closely behind.

To prove his “innocence,” Conley starts to take his belongings out of his pocket, continuing to exude faked frustration over the inconvenience.

“If you just going to take me to jail, then take me to jail,” Conley continues, to which Anderson is heard saying, “No, you don’t got to go through that,” with mounting concern in her voice.

“Yeah,” the security guard is heard saying in the video. “So here, do this: Why don’t you take a knee so I can see in your pocket?”

Conley follows orders and proceeds to take out an engagement ring from his pocket and asks a very relieved Anderson if she will marry him.

“Oh my God, you scared me,” Anderson is heard saying through gasps.

“I love you baby with all my heart and I want you to be my wife forever. Will you marry me?” Conley says, to which a breathless Anderson replies, “Yes.”

Wearing gloves and masks, Conley told Storyful that despite the pandemic, it was still a special moment.

“I want to show the world that even though we are in a pandemic, my love for her was limitless,” he said. 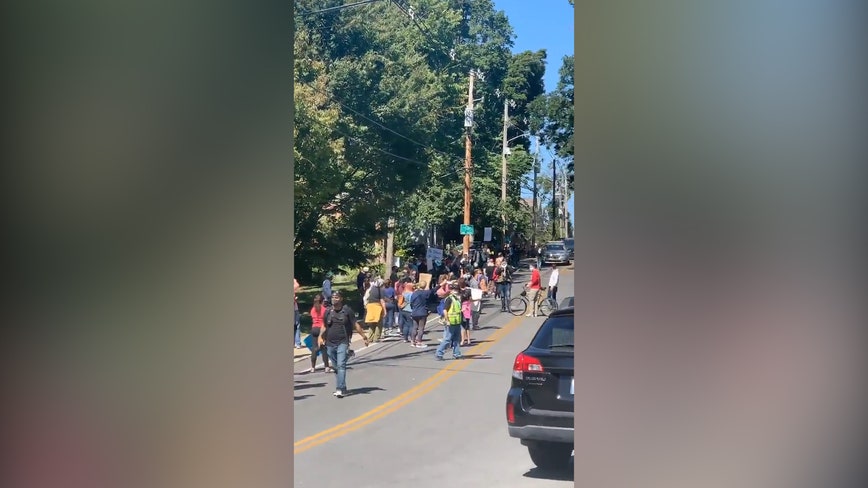