Law enforcement agencies across the country are investigating a rash of bogus active shooter and bomb threats that have rattled students and staff — and sent parents scrambling to schools to make sure their kids are safe.

The FBI said it is aware of "numerous swatting incidents," or false reports of violence serious enough to require a large law enforcement response. FOX TV Stations counted more than 30 such incidents at schools in the U.S. from Sept. 14 - Sept. 21, but many more have been reported since the start of the new school year:

Schools have responded with lengthy lockdowns, evacuations and even school closures or remote learning days. 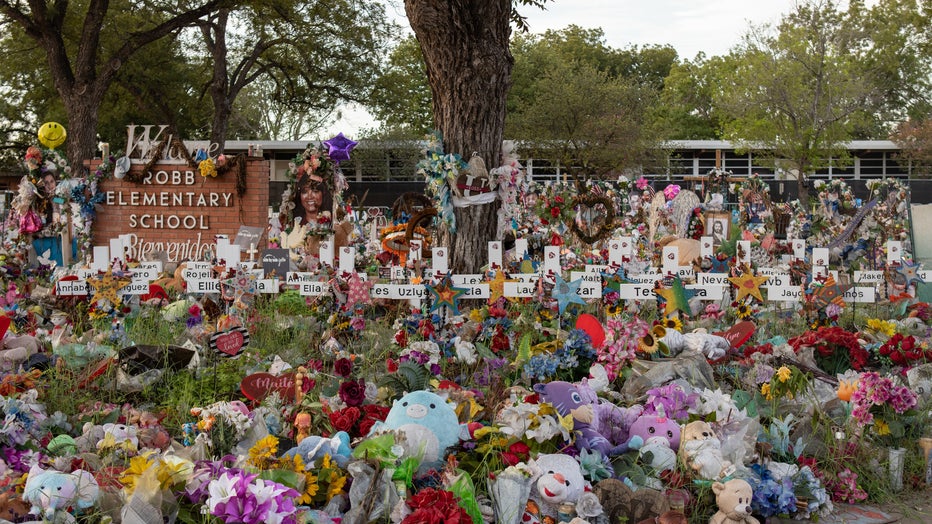 A memorial outside of Robb Elementary School for the 21 lives taken by a gunman in Uvalde, Texas, United States on September 06, 2022. (Photo by Pedro Salazar/Anadolu Agency via Getty Images)

School officials and police responding to the threats aren’t just dealing with the drain in resources and determining whether the crisis is real: In the wake of the mass shooting at Robb Elementary School in Uvalde, Texas, where 19 children and two teachers died, parents are rushing to campuses before the rumors can be quashed.

"Students, parents and educators are already on edge because of Uvalde," explained school security expert Ken Trump. "We’ve had incidents around the country already where the breaking of a glass or loud noise has triggered lockdowns and law enforcement response because of heightened sensitivity around Uvalde ... The anxiety created by these threats is typically more common than any actual direct threat of harm from the threat itself."

In San Antonio, Texas, alarmed parents converged on a high school last week after a classroom shooting report that ultimately proved to be false.

The siege at Thomas Jefferson High School began after police received a call of a possible shooting in progress at the school, according to a police statement. The school was placed on lockdown as police entered and began clearing the campus but found no evidence of an active threat or shooting.

But frightened students already had made phone calls to their parents, who descended en masse on the school where 29 school district officers and 58 city police officers were on hand.

One man shoved his fist through a window in an effort to gain entry to the school, lacerating his arm. Police applied a tourniquet to that arm. Others were handcuffed and detained after physically struggling with officers, but there were no immediate reports of arrests.

More guns are turning up at schools

Data reveals most incidents where guns are brought to school don’t result in mass shootings. But as FOX News' Sean Langille reports, officials say an alarming number of students are still bringing firearms into the classroom.

A similar panic occurred at Heights High School in Houston on Sept. 13 after the school received a threat. Threats last week also prompted school shutdowns at districts near Austin and Houston and in California, Massachusetts, Florida, Arkansas, Oregon, Illinois, Kansas and Oklahoma.

The scare was the latest in a wave of such incidents since the May 24 mass shooting in Uvalde, where officers hesitated for over an hour to storm a classroom and take down the gunman.

"Their confidence has been shaken from the Uvalde response," Trump said. "They’re just saying, ‘I’m going in,’ and we’ve had multiple incidents where managing parental response has become the crisis within the crisis.

"The primary responsibility of school and police officials is to first secure the area and make sure kids and staff are safe," Trump continued. "Parents will complain if they don’t have a mass notification message in a matter of two-to-five minutes."

Bogus 911 calls sent schools across the state into lockdown Wednesday. The BCA said there were at least 15 confirmed swatting incidents.

Often, swatting calls are from out-of-state or from another country, which is why the FBI gets involved.

"The good news is law enforcement has become more highly skilled in investigating this," Trump said. "They do leave digital footprints and law enforcement will find them. It sometimes just takes days and maybe weeks if it crosses international borders or jurisdictions. It can take time and you can get more threats during that time, which makes it even more challenging." 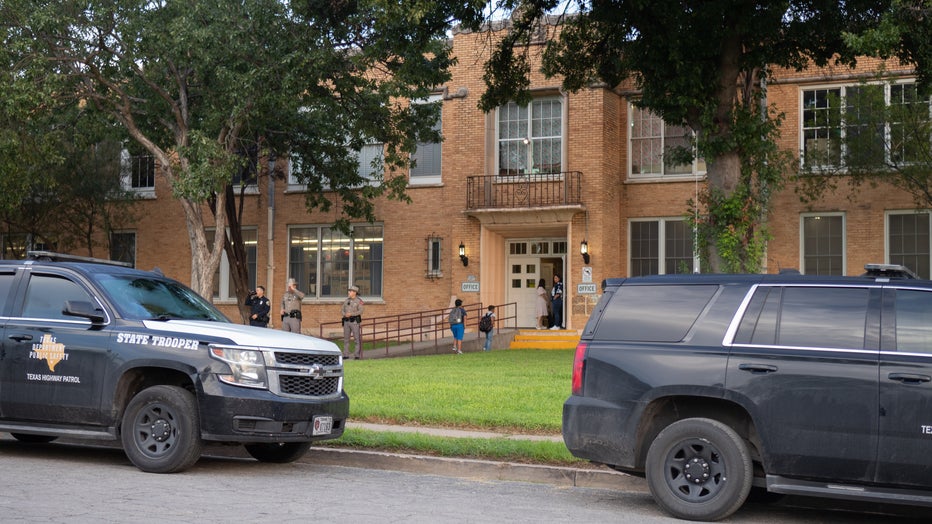 Kids walk past two law enforcement on their way into school as students go back to school months after deadly US shooting in Uvalde, Texas, United States on September 06, 2022. (Photo by Pedro Salazar/Anadolu Agency via Getty Images)

Trump said districts can counter the mass panic — and severe disruptions to learning — by having a three-step plan in place.

First, schools need a threat assessment team to "assess, and then react and not react, then assess," Trump explained.

"Best practice is that you don’t automatically evacuate unless there’s a credible threat," he said. "But you assess and then make a determination. If you automatically evacuate you could be creating a target-rich environment … If you close schools or go to remote learning on every threat you receive, you’re going to be closing a lot."

Next, school districts need a list of heightened security measures they can implement if a threat is made, like more officers at arrival and dismissal times or more teachers in the hallways.

"You want to err on the safe side and show the school community that you’re aware of the threat," Trump said.

School districts also need a crisis communication plan in place — including a social media strategy — to relay accurate information to the school community.

"In decades past you’d have an incident, they call the police, take action and send a letter home to parents," Trump said. "Today, it’s not sequential like it used to be. You have parallel crises going on — the incident itself ... parents responding, calling right away ... and then you have this massive response of parents at the school. You need to make sure you’re the credible source and they’re not relying on social media rumors and misinformation. That creates an enormous strain for school administrators."

After the scare at Thomas Jefferson High School in San Antonio, Superintendent Jaime Aquino said the district needed to find better ways to communicate with parents in real time. "I’m assuming that if we had not had Uvalde, perhaps we would not have the reaction of the parents. So we just have to understand that," he said.

What can parents and educators do? 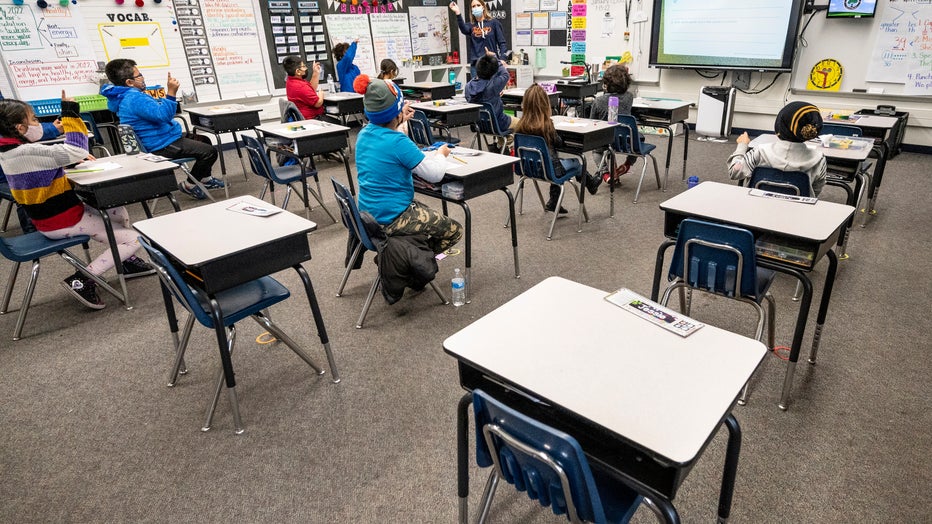 Parents and educators should stress to their children just how dangerous these false threats are — and make sure they understand the consequences, Trump said.

"Once you press send, you can’t put the threat back into the smartphone, and eventually there’s a ton of bricks of consequences coming once people catch up with you as the threat-maker," Trump said. "That’s suspension, expulsion and criminal prosecution, and in that prosecutors are asking courts to go after threat-makers and their parents for restitution to pay for the cost involved with mass response. That could get into the tens, and some cases, hundreds of thousands of dollars."