LOS ANGELES - University of Southern California classics professor Brandon Bourgeois has translated Homer’s Greek classic, "The Iliad," for students in the 21st century.  Bourgeois rapped the epic poem during one of his lectures, hoping to continue the tradition of spoken word for a more modern audience.

Bourgeois said he was inspired by a colleague who mentioned a scholarship involving connections between ancient Greek “insult poetry” and U.S. West-Coast “gangsta” rap.

He said he’s been a fan of rap since he was 10 and was extremely inspired by the comparison, eventually leading him to decide to translate several ancient Greek poems into rap lyrics around the summer of 2016. 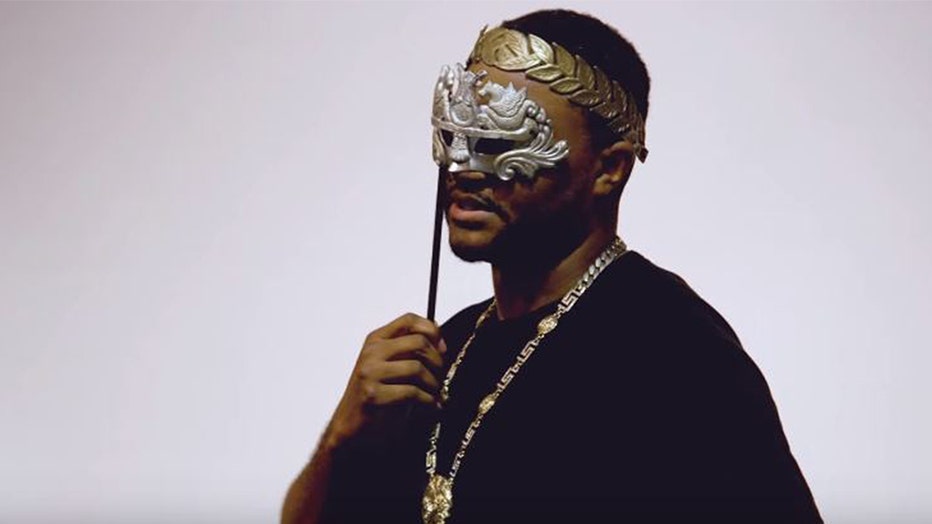 “I just kept putting them in the drawer—didn’t think anyone would be interested in it," said Bourgeois.

But that attitude soon changed.

“That summer, I heard the studio recording of the Broadway musical, “Hamilton.” Whoa. I thought to myself, there’s an actual audience for this," recalled Bourgeois.

He said the first thing that came to mind was Homer’s epic tale, “The Iliad.” The poem, written in 750 BCE, contains 15,693 lines and follows the story of the ancient king Agamemnon and the warrior-hero Achilles as their forces siege the historical city Troy, now known as Anatolia, in modern-day Turkey.

After translating 55 lines of the poem from "Homeric Greek to rap lyrics" and producing music from Garage Band on his computer, "The Trilliad" and "DoJo Homer" were born.

His rap of the story’s prologue was uploaded to one of USC’s Youtube pages, showing an elaborate performance by the professor displaying a gold necklace and masks reminiscent of ancient Greece.

Bourgeois said the reaction by his students has been extremely heartening and he hopes the ancient stories can be brought to life by his project.

“After class, a few students approached me to confess that they had been passively reading, just completing the assignment. But now, ‘after that,’ they were starting ‘The Iliad’ all over again,“ said Bourgeois.

The USC professor, who also happens to be an expert on Roman emperors and ancient legal and religious traditions, is so excited that his performance was well received that he said he’s considering rapping the other thousands of lines left in not only “The Iliad,” but the poem’s legendary sequel.

“If my will (and everyone’s patience) survives my translating ‘The Iliad’s’ nearly 16,000 lines, I’ll go after ‘The Odyssey,’” said Bourgeois.