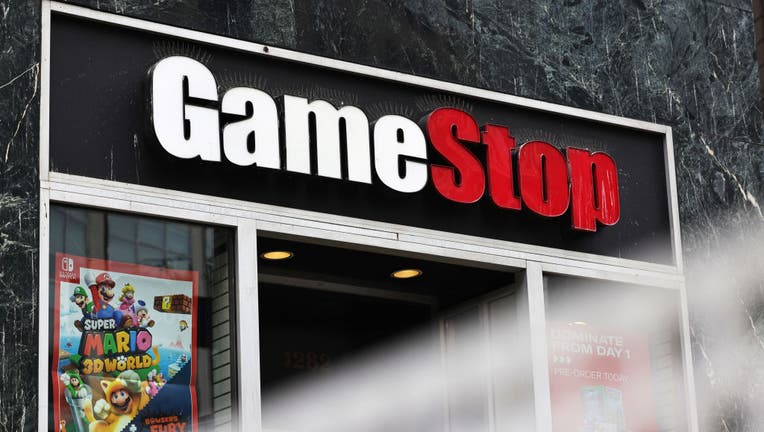 GameStop store signage is seen on January 27, 2021 in New York City. Stock shares of videogame retailer GameStop Corp has increased 700% in the past two weeks due to amateur investors.

This was the week when a bunch of amateur traders made Wall Street's finest look like idiots.

From Jan. 25 through Jan. 29, a ragtag army of individuals sent shares in GameStop Corp. up 500%, and sent many others skyrocketing too. In three days, many of these stocks gained more than most do in a decade. The hedge funds on the other side of these bets lost billions.

This movement is the culmination of nearly five decades of the democratization of markets set off by none other than the late founder of Vanguard Group, Jack Bogle.

For all the hyperventilating over this week's financial revolution, though, investors should regard it as the latest phase in a long evolution -- and unlikely to disrupt markets overall.

Still, this is a remarkable moment. It's as if a bunch of couch potatoes watching a Los Angeles Lakers basketball game on TV belted down their beer and nachos, barged onto the court -- and proceeded to block LeBron James's shots and mercilessly dunk on Anthony Davis.

Amateur investors have always had advantages over professionals: They can invest for the long run and ignore the short term, since they can't get fired for underperformance and don't have clients who give them money (or take it away) at the worst time.

Now, however, amateur traders are asserting their advantages, too. They can communicate instantaneously, band together by the thousands -- millions, perhaps -- and buy or sell commission-free.

Thousands of members of WallStreetBets, a forum at the online community reddit.com, have been leading the swarm of amateur individual traders buying stocks that hedge funds and other institutional investors were betting against.

Moving in sync and en masse, such traders can drive a stock way up or down even if each trader commits only a few dollars. Professionals, on the other hand, are legally restricted from colluding and incur much higher brokerage costs.

These new mobs of amateur traders resemble swarms of animals that often coalesce in the wild. You may have seen videos of an immense school of fish flashing in unison through the sea or a murmuration of starlings forming a vast swirling vortex in the sky.

But it's simplistic to think of this trading movement as a frontal assault on Wall Street's elite by Joe Schmo and Jane Doe.

The caricature of this new breed of fast-moving trader is a 19-year-old living in mom's basement. Locked down and bored by the pandemic, with fewer sporting events to bet on and stimulus checks (or "stimmies") burning a hole in his pocket, he gets his kicks trading stocks. Often, he buys and sells options, which can produce even bigger, faster gains.

There's some truth to that stereotype. The WallStreetBets culture can be rude and crude, seeking short-term thrills with no regard for risk. Yet some of its leaders are highly sophisticated, and not everyone piling into stocks this week belongs to WallStreetBets.

Sean Mattingly is a 35-year-old semiconductor engineer in the Portland, Ore., area. He favors a simple, diversified portfolio of low-cost index funds that he almost never trades.

On Jan. 25, Mr. Mattingly was on Bogleheads.org, one of his favorite websites, which advocates long-term investing. There, Mr. Mattingly stumbled on a reference to GameStop's wild price moves.

Cautious as he is, Mr. Mattingly likes to reserve up to 5% of his portfolio for what he calls funny money. After visiting WallStreetBets, he thought, "Wow, this might be fun. I'll take a chance and see what happens."

That movement is Mr. Bogle's monster love-child. It's the culmination of 45 years of relentless decline in the cost of investing that kicked off when the late Vanguard founder launched the first index mutual fund in 1975. Stock funds used to carry commissions of up to 8% and annual expenses as high as 2%; now you can buy index funds at zero commission and with expenses under 0.05% annually.

Decades ago, small investors might pay as much as 5% to trade a stock. A stockbroker was a 9-to-5 guy in a paneled office who picked your pocket on every trade. Nowadays, your stockbroker is in your pocket, as apps on your phone let you trade stocks at zero commissions, anytime you want.

WallStreetBets is the ultimate stage of this evolution. Thousands of people can amass small trades into giant pools of capital and whip each other into a collective frenzy.

In what neuroscientists call " dynamic coupling," the brain activations of different people doing the same task converge, firing in sync. In such situations, says Princeton University neuroscientist Uri Hasson, "I'm shaping the way you behave and you're shaping the way I'm behaving. And coordinated behavior across many, many individuals can generate dynamics that are larger than anything they could produce separately."

That can also make emotions run high. Although short-selling hedge funds are fairly small in the financial ecosystem and their managers are more often mavericks than members of the establishment, the flash mobs have sometimes portrayed them as Goliaths.

And when, on Jan. 28, leading online brokerage firms restricted buy orders for some of this month's hottest stocks, thousands of small traders took to social media simultaneously to express outrage, demand redress and exhort each other to " HOLD THE LINE," by not selling their shares.

While the David-versus-Goliath narrative was always overblown, the populist anger against brokerage firms for restricting trading is real -- and immediately was mirrored in Washington, where several members of Congress called for investigations into the matter.

This market moment, with its surge in technology-fueled social speculation, is an echo of 1999 and early 2000, when television ads for brokerage firms celebrated moms day-trading in their pajamas and claimed that tow-truck drivers could afford to buy tropical islands.

It's also reminiscent of 1901, when investors with widespread access to the telegraph and telephone bubbled with enthusiasm over the new century. Total trading volume on the New York Stock Exchange doubled from the year before to a then-unheard-of 209 million shares. On April 24 that year, two-thirds of all of Union Pacific Corp.'s outstanding shares changed hands. Across the NYSE, annual turnover, a measure of how fast stocks trade, hit 319%, a record that wouldn't be surpassed for roughly another century.

At thousands of so-called bucketshops, individuals gambled on whether stock prices would go up or down without having to buy any stock. Taking directional bets as small as $5 or $10, far below the minimum then required by legitimate firms, the bucketshops boomed -- even though they were illegal in many states.

"The desire to get rich without labor has prevailed among men at all ages," wrote the journalist and economist Horace White in 1909, "and will doubtless continue as long as human nature remains unchanged."

That brings us back to today's flash-mob traders. Beyond the few stocks that are their favorite playthings, how have they affected the stock market as a whole?

At the SPDR S&P Retail exchange-traded fund, which seeks to own approximately equal amounts of its roughly 100 holdings, GameStop reached 19.9% of total assets on Jan. 27. But such small and specialized funds are only droplets in the roughly $42 trillion ocean of the U.S. stock market.

As of Dec. 31, heavily shorted stocks like AMC Entertainment Holdings Inc., BlackBerry Ltd., iRobot Corp., and others lately favored by the flash mob made up only 0.13% of the S&P 500 and only 4% to 5% of leading indexes of small stocks, according to Matarin Capital Management, an investment firm in New York.

By Jan. 27, the most-shorted stocks still accounted for only 0.17% of the S&P 500. They did roughly double to 8.6% of the S&P 600 Small-Cap index and 11% of the Russell Microcap index. But investors who are well diversified aren't likely to feel a major impact.

Volatility for the S&P 500 so far in 2021 is up a bit but still ranks almost exactly in the middle of its levels recorded since 1928, according to Distillate Capital Partners LLC., a Chicago-based investment firm. Even the S&P 600 index of small stocks, which includes GameStop and several other flash-mob favorites, has fluctuated about one-third less sharply in 2021 than its long-run average.

Taken together, these indicators suggest the flash mobs haven't had significant effects outside the two- or three-dozen stocks they love to trade the most.

The momentary computer-trading glitch that triggered the "flash crash" of May 6, 2010, was distressing to anyone who traded within a narrow time window but left longer-term investors unscathed. Similarly, this latest upheaval will likely have a bigger impact on investors' attention than on their portfolios.

The financial flash mobs may be a symbol or a symptom of the populist disruption that has swept the world in recent years. They aren't likely to be a cause of it.

RELATED: GameStop stock explained: Here’s what short selling is and why it’s shaking up Wall Street