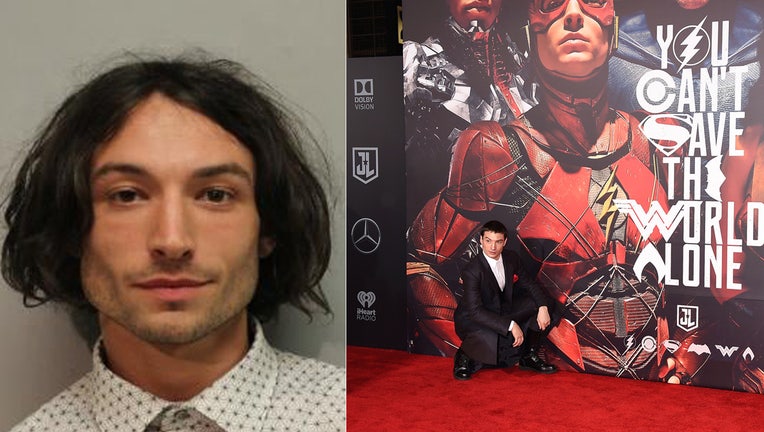 HILO, Hawaii - Ezra Miller, who stars in the upcoming DC Comics film "The Flash," a reprise from its role in "Justice League," faces disorderly conduct charges after a bar incident in Hilo, Hawaii.

Police arrested Miller, 29, shortly after midnight on Monday, March 28, charging they with disorderly conduct and harassment, the Hawaii Police Department announced in a statement Tuesday.

"On Sunday, March 27, at 11:30 p.m., South Hilo patrol officers responded to a report of disorderly patron at a bar on Silva Street," police said. "During the course of their investigation, police determined that the man, later identified as Ezra Miller, became agitated while patrons at the bar began singing karaoke."

"Miller began yelling obscenities and at one point grabbed the microphone from a 23-year-old woman singing karaoke (disorderly conduct offense) and later lunged at a 32-year-old man playing darts (harassment offense)," the police added. "The bar owner asked Miller to calm down several times to no avail."

Police set bail at $500. Miller provided the bail and was released.

In addition to his role in "Justice League," Miller is known for its role as Credence Barebone/Aurelius Dumbledore in the "Harry Potter" spin-off series "Fantastic Beasts and Where to Find Them."