Surveillance video obtained by FOX 5 shows the moment a young pregnant teen was shot in Prince George's County last week in a violent incident that left her dead and her unborn baby clinging to life before being delivered at a nearby hospital.

CAPITOL HEIGHTS, Md. - Surveillance video obtained by FOX 5 shows the moment a young pregnant teen was shot in Prince George's County last week in a violent incident that left her dead and her unborn baby clinging to life before being delivered at a nearby hospital.

FOX 5's Lindsay Watts says three suspects are now in custody in connection with the murder of 18-year-old J'Lyn Quinones.

Newborn fights for life after mother fatally shot; 3 arrests made related to murder

Police made three arrests in the murder of a Prince George’s County pregnant woman. FOX 5’s Natalie Rubino reports that one of the suspects arrested is believed to be the baby’s father.

In the video, Quinones and another woman can be seen walking on Southern Avenue near the Prince George's County and D.C. line Tuesday around 5 p.m.

SUSPECTED BABY'S FATHER, TWO OTHERS IN CUSTODY FOR MURDER OF PREGNANT WOMAN IN PRINCE GEORGE'S COUNTY 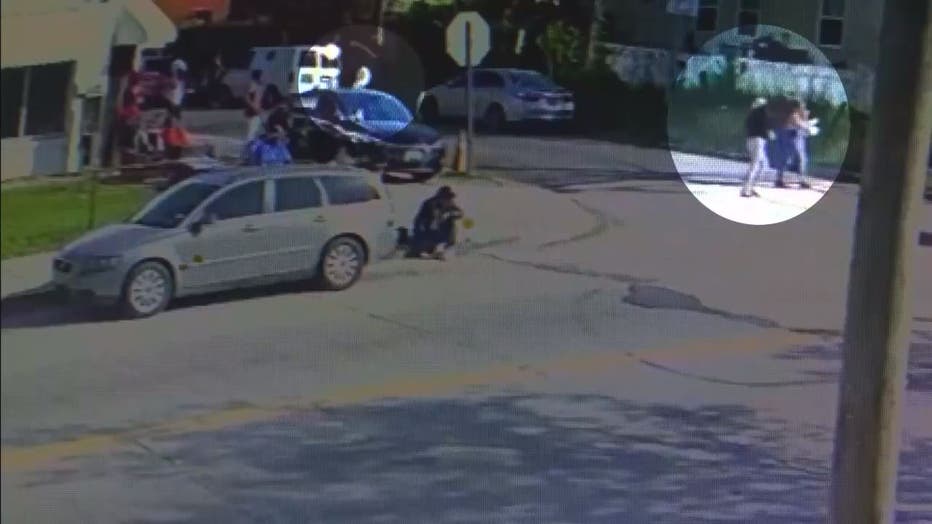 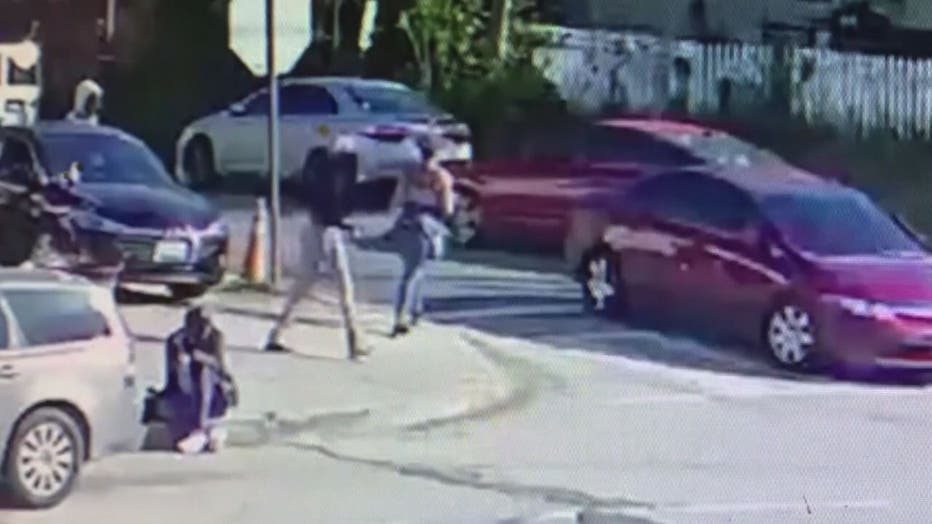 A group of several people are hanging out around a car near the corner of Quinn St. Quinones and her friend walk past, seemingly without noticing them, but about 15 seconds later, the two come running back across the street as if someone called or texted them.

They go up to the people around the car greeting them and even giving at least one person a hug.

As the women walk away, a man in the group wearing a white hoodie raises a gun and opens fire. The women start to run. 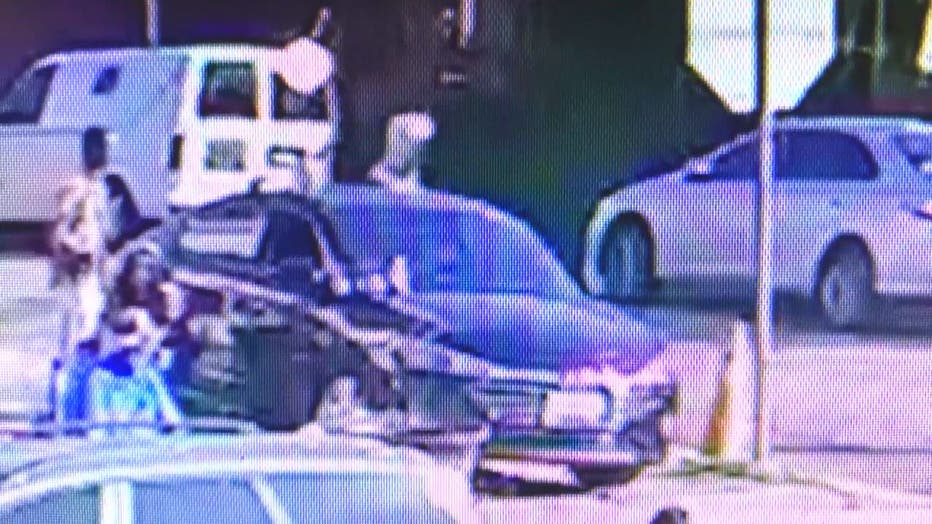 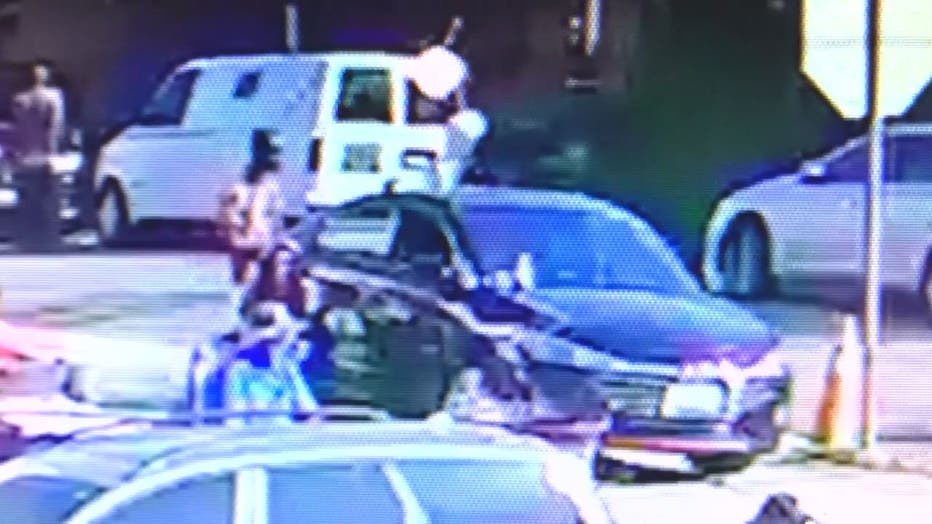 Police told FOX 5 they identified the shooter as Malik Johnson. The people with him, including his brother, Michael, don't seem to have much of a reaction to the shooting. Malik then walks away going the opposite direction on Southern Avenue.

Investigators would not say if McDuffie was also at the scene. She and Michael are charged with accessory to first-degree murder.

Officials said Michael is believed to be the baby's father.  The motive remains under investigation.

Following the shooting, Quinones and the surviving female victim ran down Southern Avenue into Southeast D.C. near the intersection of Rail Street where they were spotted by D.C. police.

Police say Quinones was taken to an area hospital where her unborn baby was delivered during emergency surgery. Officials say Quinones died from her injuries a short time later. Her baby remains hospitalized and is expected to survive. 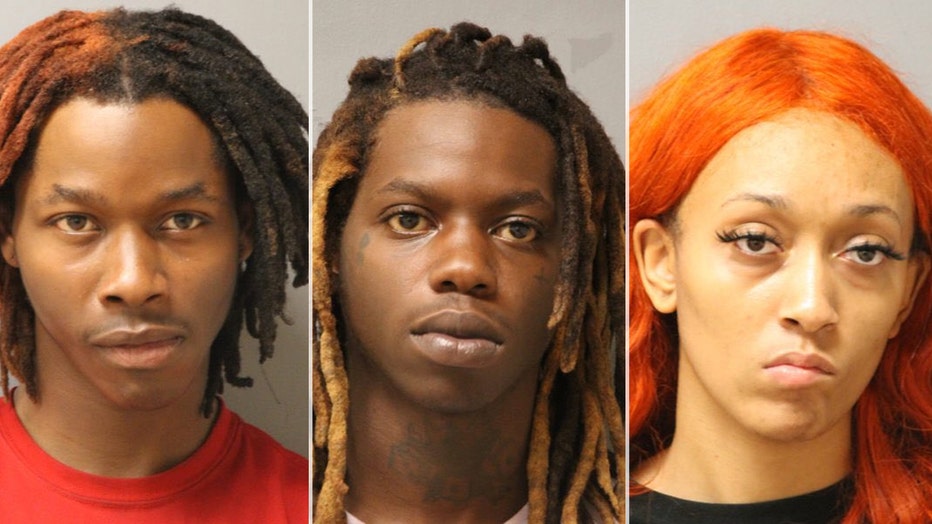 Family gathered where it happened for a vigil Sunday evening.

"She was definitely looking forward to being a mom," said Quinones' mother, Christina Dews.

Family described Quinones as a happy young woman with a good spirit.

"No matter how bad my day was going, she always found some way to make me smile, make me laugh," said Quinones' older sister.

"The violence has increased in Prince George's County and in Washington, D.C., said Dews. "We have to do something about it."

In Prince George's County, homicides are up 100 percent for the first three months of the year, Watts says. In D.C. they are up 41 percent through April 23.