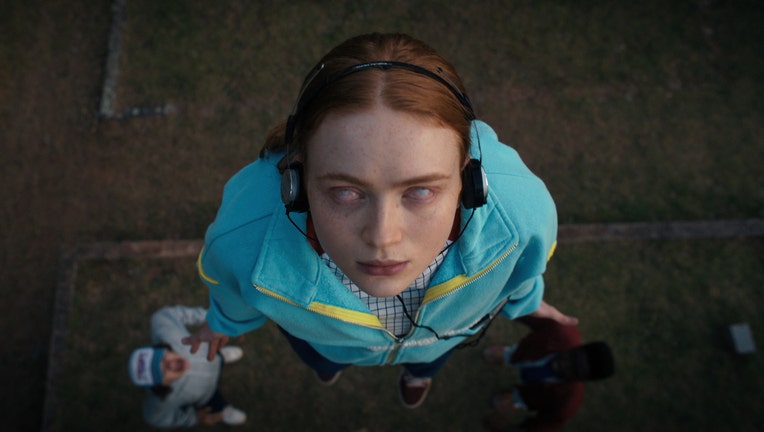 Chicago - The (relatively brief) wait is finally over! "Stranger Things" returns to wrap up its fourth season with two feature-length episodes this Friday, July 1. And though there was some uncertainty ahead of the Volume 1 premiere about whether the show could recapture its old spark after a three-year hiatus (and after much of its young cast seem to grow by about a foot), the series proved its naysayers wrong with one of its strongest (and spookiest!) seasons yet.

That doesn’t mean everything about it worked, however. So ahead of the release of the final two episodes of the season — which will clock in at nearly four hours in total — we decided to take a deeper look at the season’s various throughlines to examine their strengths and flaws. Below, you’ll find all five main subplots of the season ranked from best to worst. Consider this your mid-season refresher, which means we’ll be talking about spoilers from the first seven episodes but none from the final two. 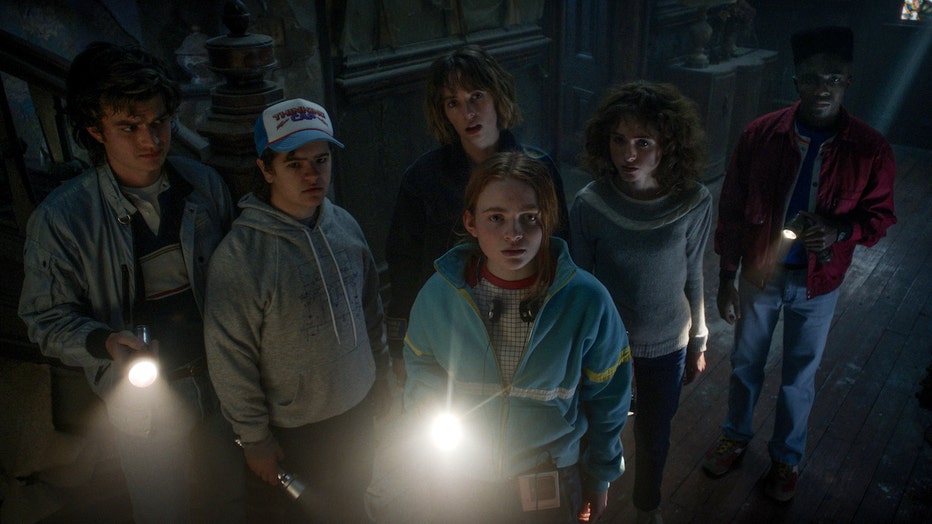 Though the fourth season of "Stranger Things" made the bold choice to scatter its characters across the country (and the globe!), the best action is still happening in Hawkins, Indiana. And it’s particularly refreshing that the show doesn’t waste any time getting all its main players on the same page. In fact, one of the sweetest moments of the entire season comes in episode three when tenacious teen reporter Nancy (Natalia Dyer) looks up with a mixture of relief and trepidation to see her friends Steve (Joe Keery), Robin (Maya Hawke), Dustin (Gaten Matarazzo) and Max (Sadie Sink) ready to fill her in on the latest mayhem from the Upside Down.

RELATED: 'Stranger Things' recap: Here's a refresher ahead of the season 4 premiere 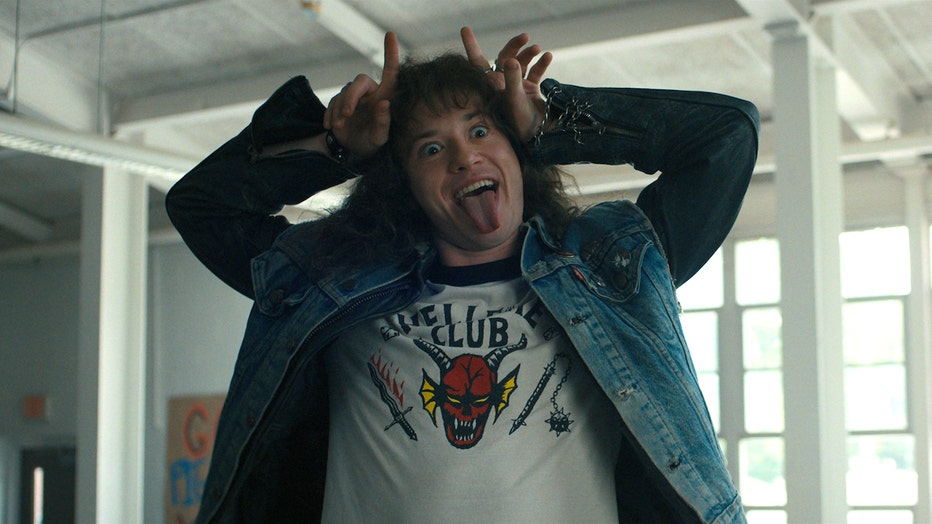 "Stranger Things" has always been first and foremost a series about the power of friendship, and that’s what’s most strongly on display in this Hawkins throughline — from Lucas (Caleb McLaughlin) sweetly looking after Max to Nancy and Robin teaming up as crack investigators to Steve and Eddie’s light rivalry over Dustin’s affections. (Not to mention the show’s decisive return to a potential Steve/Nancy romance, which could potentially be an ominous sign for the future of our dear Steve.)

WATCH FREE ON TUBI: The family adventure thrills of "Jumanji" (1995) — get the app

The Hawkins Scoops Troop 2.0 stuff is where the show is really firing on all cylinders, blending compelling horror mysteries with equally compelling character work. Frankly, we’re hoping the rest of the ensemble make their way back to Indiana sooner rather than later. 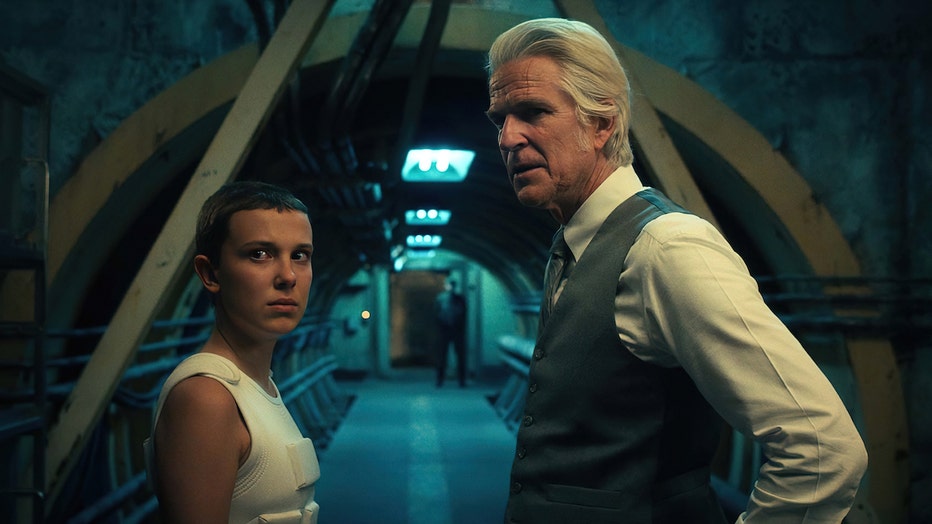 Millie Bobby Brown’s Eleven had a bit of a slow start to the season (see the next entry for more on that), but once she reconnected with her old frenemies from Hawkins Lab, her story got a whole lot more interesting. Sure, it was pretty easy to guess that the season-opening flashback that seemed to show El murdering her peers was a fakeout, but there were still plenty of satisfying secrets to uncover in El’s mental trip back to her past via Dr. Martin Brenner (a returning Matthew Modine) and his "NINA" tank. And unlike some of the other narrative shortcuts this season takes when it comes to the dangling threads from season three (we’re looking at you Hopper), the show really invested in the idea of El having to earn her powers back

WATCH FREE ON TUBI: Matthew Modine in "Married to the Mob" — get the app 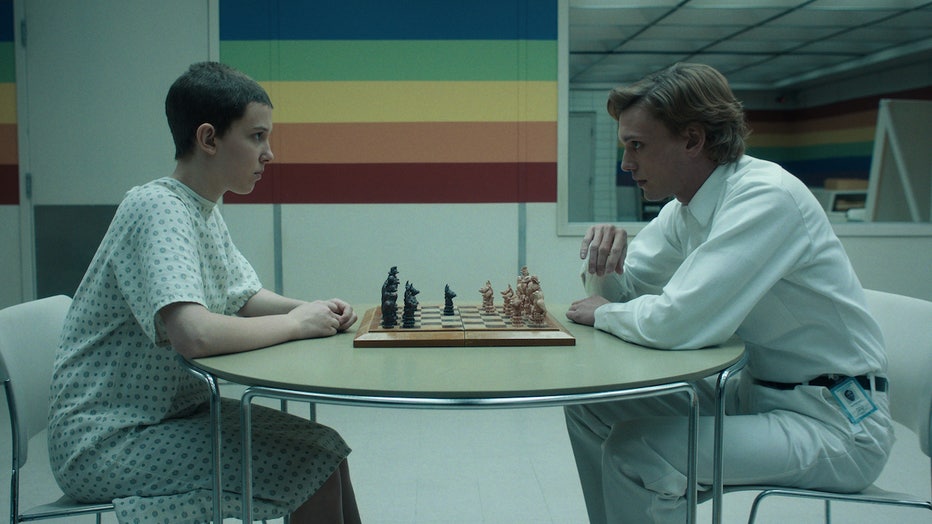 It certainly doesn’t hurt that this throughline also has one of the show’s best twists embedded inside it, when it turns out Jamie Campbell Bower’s seemingly kind orderly is actually Henry Creel a.k.a. One a.k.a. Vecna himself. Talk about weaving everything together! Putting a human face on the threat of the Upside Down is a super smart move by the show's creators, the Duffer Brothers. And tying him to El's backstory is even smarter.

WATCH FREE ON TUBI: Jamie Campbell Bower in "Six Days of Sistine" — get the app 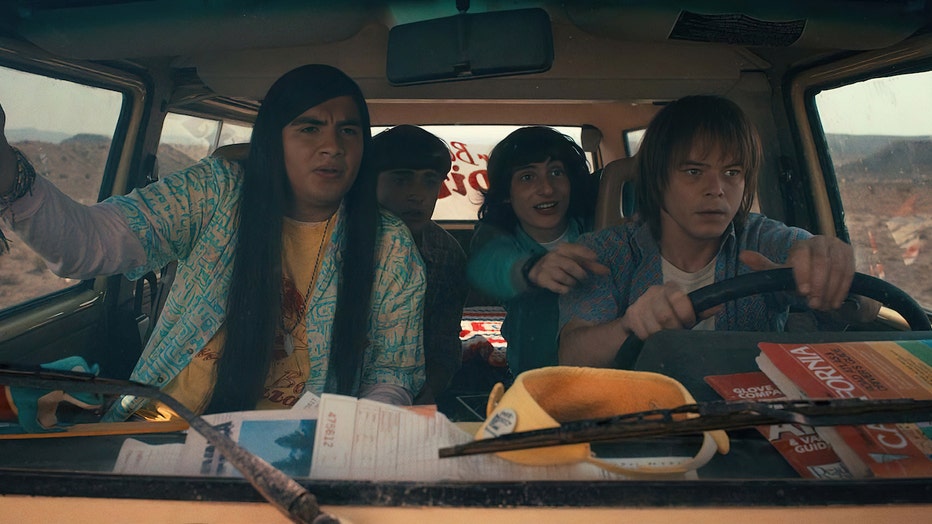 Here’s where things start to get weird. The California portion of the season isn’t bad, exactly, but it does kind of perpetually feel like it’s stalling for time — not to mention sidelining some of the show’s once central characters, including Mike (Finn Wolfhard), Will (Noah Schnapp) and Jonathan (Charlie Heaton). Sure, there are some intriguing character moments here and there, like Mike and El’s relationship growing pains or Mike and Will’s friendship fallout and subsequent rekindling. And Jonathan’s stoner friend Argyle (Eduardo Franco) is a schmackingingly great addition to the series. But even the big setpieces — the Byers house shootout, the kooky heist at Suzie’s house — seem like they’re just filling for time until the show can finally bring all its characters back together in some big dramatic way.

That said, the sidelining is so intense it seems likely that the Duffer brothers put so many of their main players on the back-burner in order to purposefully build to something big. So we’re willing to take a "wait and see" approach with all the California shenanigans. 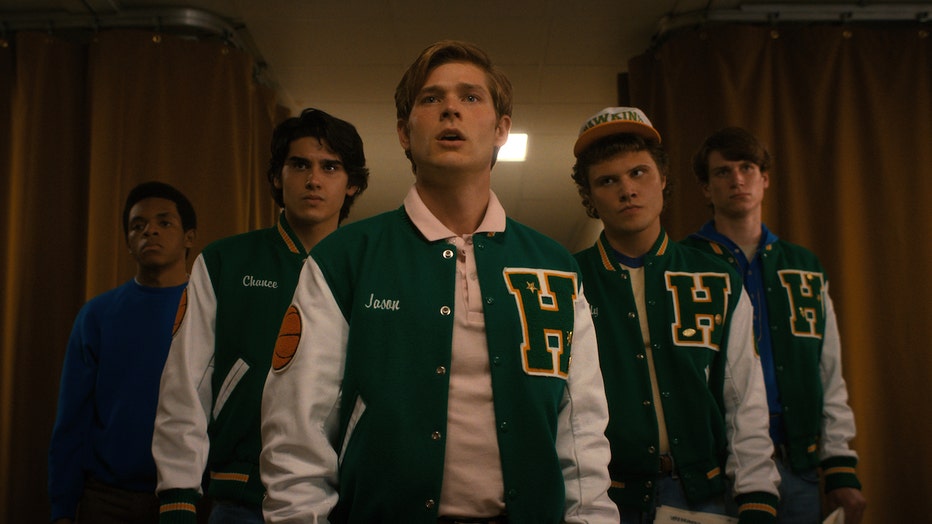 The same goes for this throughline, as "Stranger Things" is hopefully ramping up to something big by leaning into the Satanic Panic of the 1980s. Unfortunately, the execution of the revenge squad storyline leaves something to be desired — at least so far. Despite appearing in a significant portion of the season, basketball captain Jason Carver (Mason Dye) and his fellow players never rise above their initial self-righteous jock characterization. And though we’re glad the show didn’t stretch out the mystery of whether Lucas would side with his new teammates or his old friends, the early episodes missed a beat by not deepening his relationship with the team in order to flesh out their characters and add more nuance to the tension between Hawkins’ various teen factions. 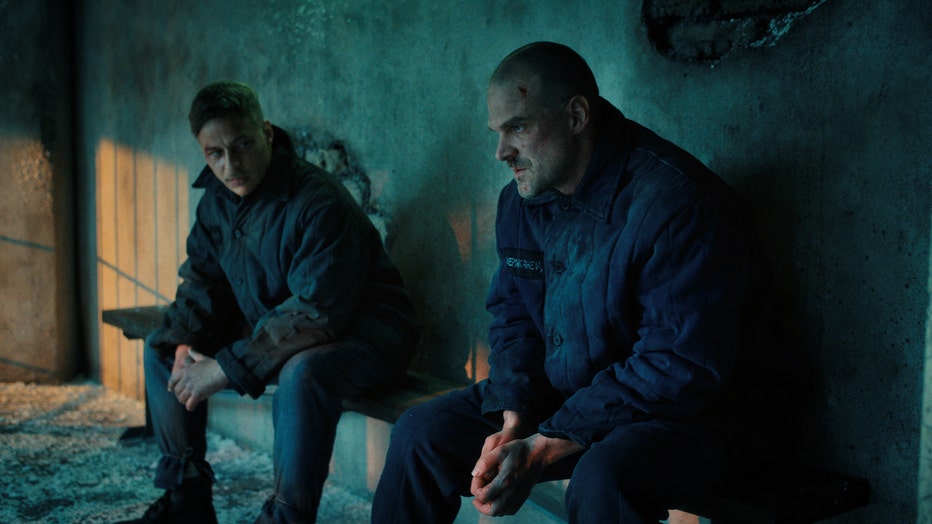 Oh boy. If there’s one abject failure in the show’s mostly strong fourth season, it’s the wildly stretched-out Russia stuff, which starts with the disappointing reveal that Hopper (David Harbour) survived his explosive season-three death by just kind of... jumping out of the way? And then randomly getting kidnapped?

Things only get more frustrating from there as the show stretches out what feels like a single-episode story across seven lengthy installments. Even worse, the writing really strains credulity to make it happen as Joyce (Winona Ryder) and Murray (Brett Gelman) find themselves on an increasingly convoluted rescue mission. At one point they just casually survive a plane crash, and the show barely even treats it as a shrug.

WATCH FREE ON TUBI: Winona Ryder in "Beetlejuice" and "Heathers" — get the app 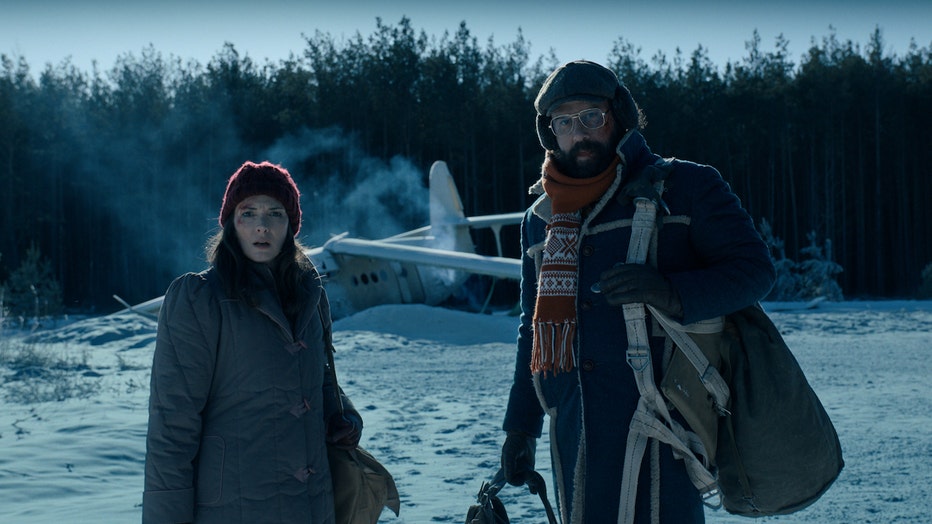 Look, we respect that Harbour clearly wanted a chance to stretch his acting muscles by starring in a brutal Russian prison drama. But that’s hardly a natural fit for this supernatural teen series. If the best thing about the Hawkins Scoops Troop stuff is that it brings a bunch of characters we love together, the worst thing about the Russian throughline is that way it segments a bunch of our main players into isolated, repetitive storylines. Hopefully now that Hopper, Joyce and Murray are finally (finally!) reunited, the final two episodes can actually find something interesting to do with the show’s core adult characters.

Watch while you wait: "Battle Royale," streaming free on Tubi

Battle Royale is streaming free on Tubi — get the app

What time does Stranger Things season 4, volume 2 come out on Netflix?

The final two episodes of season four will premiere on Netflix on July 1 at 3 a.m. ET / 12 a.m. PT. The series will end with a fifth and final season sometime in the future.