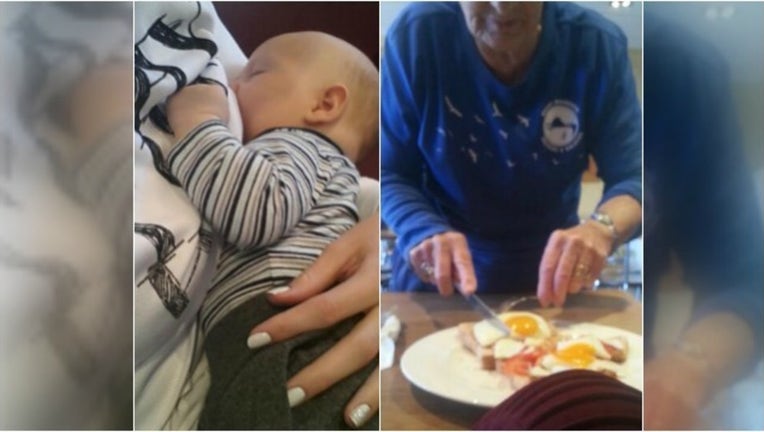 A new mother from New Zealand shared a touching post on Facebook Monday after a stranger did something wonderful for her.

Briar Lusia Mcqueen said she went out alone for the first time since having her 8-week-old son Jaxon. She took her baby out to breakfast and had just received her food when Jaxon started crying.

Mcqueen said she began breastfeeding and after several minutes and older woman walked up to her table.

"I was scared," Mcqueen said.

The mother thought the woman was going to say something negative about her breastfeeding in public.

"Instead she starts cutting up my breakfast for me and said 'what a good mama you are, we can't have your food getting cold, can we?'"

Mcqueen said the act of kindness almost brought her to tears. She shared two pictures following the nice gesture and her post has gone viral with more than 152,000 likes.