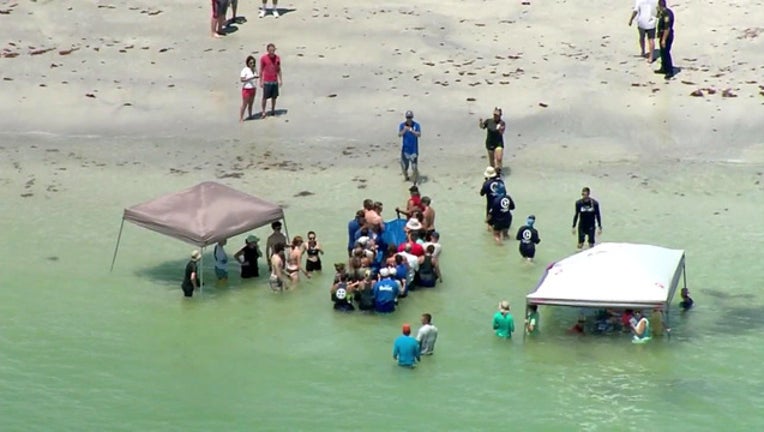 REDINGTON BEACH, Fla. - A pod of stranded pilot whales is finally off Redington Beach, thanks to a variety of local wildlife experts and the strong arms of a few dozen beachgoers.

The five beached whales were spotted in the surf off 162nd Avenue this morning, prompting calls to FWC and Clearwater Marine Aquarium. As the crowd of onlookers grew, experts arrived to assess the whales and keep them comfortable.

Crews set up temporary tents in the shallow water as deputies cordoned off the section of beach.

“We prioritize the animals over anything else, so that’s why you see the tents, to avoid the animals getting sunburned. We’re continuing to splash water on them and check their vitals. We check every time they take a breath. We just want to make sure they are as comfortable as possible,” Clearwater Marine Aquarium spokesperson Carlee Wendell explained.

Short-finned pilot whales are known to live in tropical waters around the world. The whales typically spend a lot of time deep underwater, feeding on squid, fish, and octopus.

“These are deep-water animals,” Wendell continued. “They can live over 150 miles from shore, so of course, they are very out of their environment.”

Biologists had suspected that some of the whales had wound up on the beach because they were not well, but because they live in social groups, the others had merely followed their ill friends to shore.

After hours of observation, experts decided that three of the whales were indeed well enough to be ferried back into deeper waters of the Gulf of Mexico, but two needed to be pulled out for treatment.

As two marine rescue trucks pulled up along Gulf Boulevard, crews prepared the two whales for transport. One after the other, they were hoisted into slings, then ferried up the beach by experts – with an assist from some of the stronger beachgoers at the scene.

By mid-afternoon, both whales were aboard trucks bound for the CMA’s new rehabilitation center at Fred Howard Park in Tarpon Springs.

The remaining three whales were loaded onto rescue boats for their rides out to sea. Before they are released, they will be tagged with satellite transponders that will allow Mote Marine biologists to track their movements.

“If those two do OK, then that buys us time to make a plan to help them out down the road,” explained Dr. Mike Walsh of the University of Florida.

Whale strandings are not common along Florida's gulf coast, but are not unprecedented. Last September, two pygmy killer whales died after stranding in Clearwater. Last fall, the state's red tide bloom -- which has since cleared -- also was blamed for the deaths of several dolphins, sea turtles, manatees, and birds. 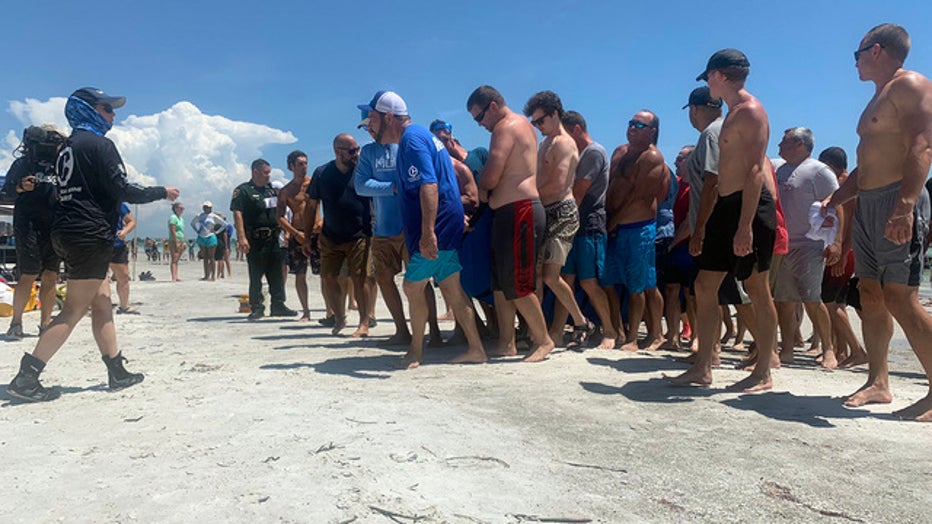 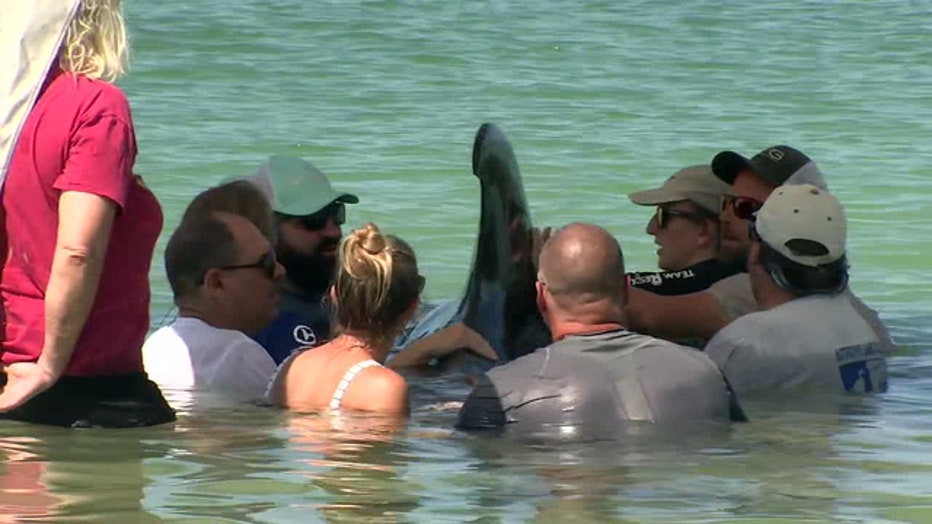