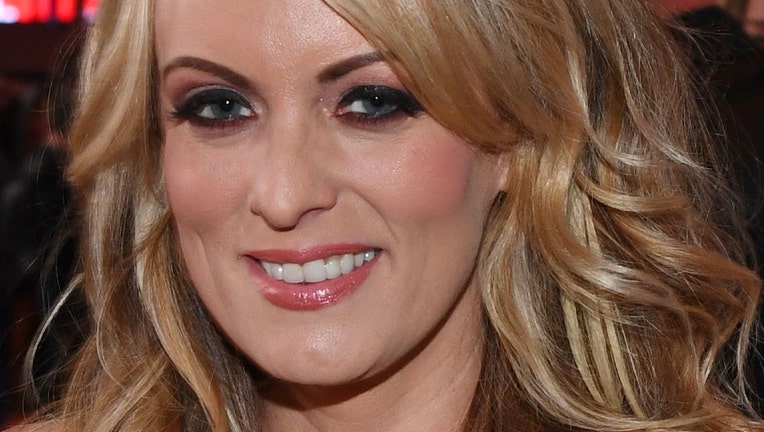 A notice to the court on Thursday indicated that Daniels -- whose real name is Stephanie Clifford -- reached an agreement in principle with Cohen to settle the claims and a final agreement with her ex-lawyer, Keith Davidson.

Davidson said the settlement is a "walk-away" and that no money will be exchanged.

The lawsuit accused him of being a "puppet" for Trump and secretly working with Cohen to have Daniels appear on Fox News and falsely deny having sex with Trump. The interview never took place.

"The lawsuit was a sham from day one, it never should have been filed, quite frankly," Davidson said Friday.

Messages left for attorneys representing Daniels and Cohen were not immediately returned Friday.

The lawsuit was fallout from Daniels' lawsuit against Trump, which sought to tear up a hush-money settlement about their alleged 2006 affair. The president has denied the affair but Cohen admitted in federal court he arranged the payment to silence Daniels and help Trump win the presidency. He pleaded guilty to campaign violations.

Daniel said she signed a nondisclosure agreement about the affair in exchange for a $130,000 payment. She signed the agreement days before the 2016 election. She wanted a Los Angeles court to declare the agreement illegal so that she could speak out without fear of financial penalty.

But in March a federal judge tossed out her lawsuit against Trump, saying it was irrelevant after Trump and Cohen both agreed not to penalize Daniels.

The lawsuits were filed while Daniels' attorney was Michael Avenatti, who currently is facing federal charges in a case alleging he stole millions of dollars from clients, cheated on taxes and committed bank fraud.

Davidson said the agreement to dismiss Daniels' case against him came quickly after Avenatti departed.

"I think it was unfortunate that it was ever filed," he said. "I think the only purpose this lawsuit served was to get Mr. Avenatti's face on TV."