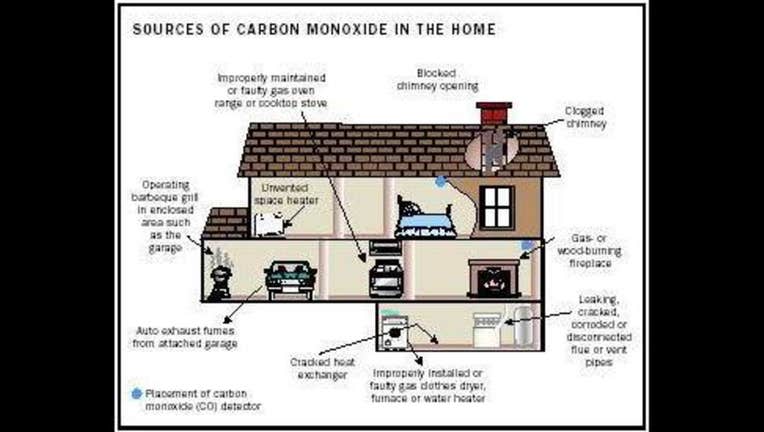 BALTIMORE (AP) — Maryland's state fire marshal is warning residents of the dangers of carbon monoxide after the deaths of a man and his seven children from the gas in their Princess Anne home.

State Fire Marshal Brian S. Geraci said in a news release Tuesday residents should never run a generator inside or near an entrance to their homes.

Rodney Todd and his children were found dead in their home Monday. Police said they were killed by CO fumes from a generator.

He said carbon monoxide poisoning can cause headache, nausea, fatigue and dizziness. High concentrations can cause vomiting, loss of consciousness and death.

State Fire Marshal Brian S. Geraci encourages all Marylanders to be mindful of the dangers of carbon monoxide. Carbon monoxide (CO) is a colorless, tasteless, and potentially toxic gas that is produced by the incomplete combustion of liquid fuels, solid fuels, or natural gases. The recent incident involving the deaths of eight family members in Princess Anne, Somerset County is a very realistic reminder of the dangerous effects of CO poisoning.

Citizens should purchase and install carbon monoxide detectors if they live in a home that has liquid-fueled space heaters, an attached garage, gas appliances, oil heat, electric generators, wood stoves and/or fireplaces. The best place to locate your detector is in the hallway just outside the sleeping areas and on every level of your home.

You can help decrease your chance of being poisoned by carbon monoxide by following these steps:

• Never let your car idle in the garage.

• Never use a gas range, oven, or clothes dryer for heating.

• Make sure chimneys and flues are inspected and cleaned each year and remain in good condition.

• Never run a generator inside or near an entrance (door, window, vent, etc.) to your home.

• Portable generators should be placed outside away from occupied buildings.

"Everyone is asked to assume responsibility and take the initiative to protect themselves, their families and friends from the potentially lethal affects caused by carbon monoxide poisoning," stated the State Fire Marshal