Spirit Airlines says it is working "around the clock" to accommodate passengers impacted by delays and cancellations at several of its hubs due to "weather and operational challenges" over the weekend.

A company spokesperson told FOX TV Stations that many of the issues the airline is facing stem from its attempts to keep up with air travel demand, which has significantly spiked over the summer holiday season.

"It's a mixture of challenges that the entire industry is facing during this busy travel season as all airlines begin to scale their operation again," according to an emailed statement from Spirit.

According to FlightAware, as of Monday, the airline had canceled a total of 434 flights and delayed a total of 467 flights since Sunday.

"The majority of flights are still scheduled as planned," a Spirit spokesperson said. 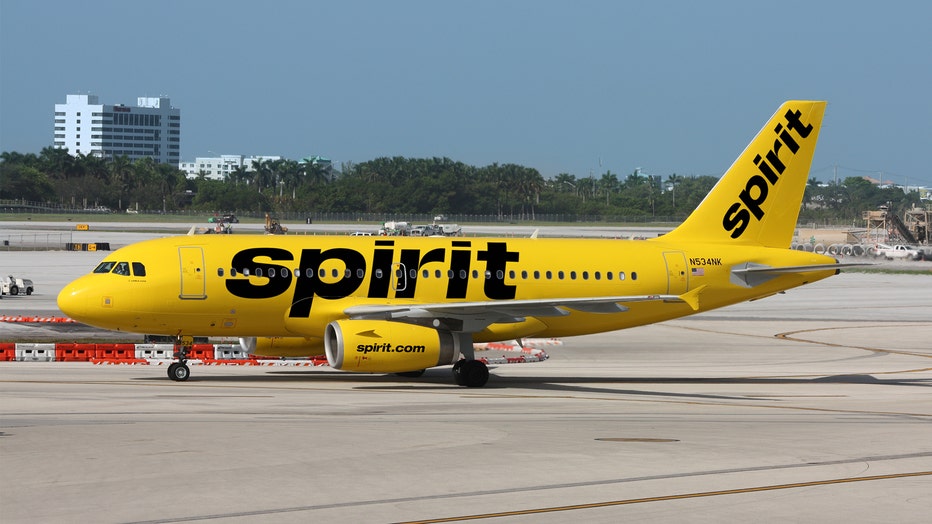 "We understand how frustrating it is for our Guests when plans change unexpectedly, and we're working to find solutions. We ask Guests to actively monitor their emails and flight status before heading to the airport. As a team, we strive every day to get our Guests where they need to go on time. Our focus will continue to be on taking care of our Guests," the airline said.

From Philadelphia to Orlando, hundreds of customers were dealing with hours-long delays, with some even waiting 12 hours to speak to a Spirit Airlines representative to reschedule flights.

Passengers at Fort Lauderdale-Hollywood International Airport reportedly claimed the cancellations were due to a pilot strike, but Spirit told FOX TV Stations that those reports were inaccurate.

RELATED: Many stranded at Orlando airport after Spirit Airlines cancels hundreds of flights

Air travel in the United States is hitting new pandemic-era highs as airlines are scrambling to keep up with summer vacation crowds.

Despite rising numbers of COVID-19 infections fueled by the delta variant, the U.S. set another recent high mark for air travel Sunday, with more than 2.2 million people going through airport checkpoints, according to the Transportation Security Administration.

About 7,400 flights arrived at least 15 minutes behind schedule on Sunday — the government’s definition of late — and more than 900 were canceled, according to tracking service FlightAware.

Nearly half the cancellations were at Dallas/Fort Worth International Airport, which was hit with afternoon and evening thunderstorms. The airport is American Airlines’ largest hub.

There have been at least 5,000 delayed flights on most days since early July, according to FlightAware figures. American, Southwest and Spirit are among airlines with the biggest snags.

RELATED: US extends restrictions on travel to Canada until Aug. 21

The travel recovery faces a renewed public-health threat, as the number of new cases of COVID-19 continues to rise. The seven-day rolling average of new U.S. infections is around 80,000 a day, up nearly 150% from two weeks ago, although the increase in deaths is far smaller.

Airline officials say they haven’t seen bookings suffer because of the delta variant, although some have said it could delay the return of business travel, which airlines were hoping would gain speed this fall.

The Associated Press, FOX Business and Storyful contributed to this report.