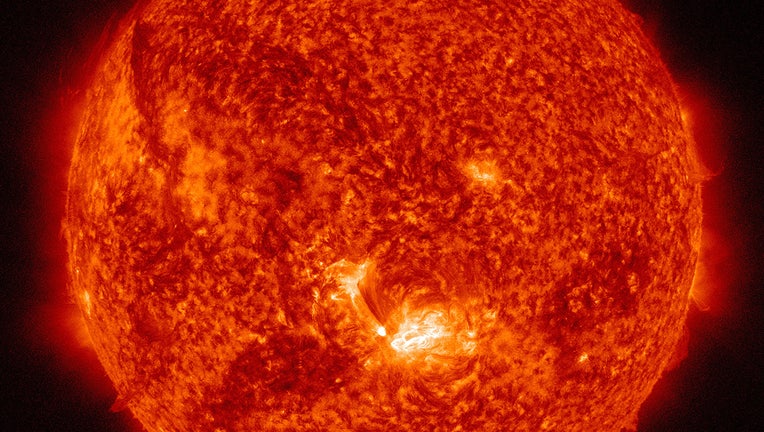 FILE - Solar flares are powerful bursts of radiation. Harmful radiation from a flare cannot pass through Earth's atmosphere to physically affect humans on the ground, however — when intense enough — they can disturb the atmosphere in the layer where

Hey, northerners! You might get a treat in the night sky starting April 14 after a significant solar flare sent a coronal mass ejection towards Earth.

A G2 geomagnetic storm watch is in effect for Earth Thursday after a significant solar flare erupted from a location on the sun’s surface previously believed to be inactive.

The flare was rated a C1-class eruption, which normally results in little to no consequences for Earth, according to NASA.

But the area on the sun that produced the flare did create a full-halo coronal mass ejection (CME) that headed straight for Earth on April 11, according to Earthsky.org.

The geomagnetic storm as a result of the CME should be a moderate storm on NOAA’s space weather scale and will likely results in little to no impact on Earth’s infrastructure.

Such a G2-level storm could result in some transformer damage depending on how long storms last and may require spacecraft operations to enact corrective actions on orientation, according to the National Oceanic and Atmospheric Administration.

Fortunately, the storm is expected to downgrade from G2 to a G1-level storm on April 15, NOAA predicts.

What is a CME?

Every 11 years, the sun completes a solar cycle in which mass amounts of radiation and plasma are emitted in the form of solar storms.

During this cycle, large eruptions of immense energy containing the power of several nuclear bombs explode from the surface of the sun, ripple through space and inevitably strike Earth. These are CMEs. Traveling at over a million miles per hour, the ejected mass of protons and electrons can cross the 93-million-mile distance from the sun to the Earth in a matter of days.

Because the area of space between the Earth and the sun is so vast, there are many CMEs that don’t actually reach our home planet.

But every now and then, this massive explosion of energy does hit our planet, resulting in a geomagnetic storm which usually manifests into auroral lights typically seen near the north and south poles.

Similar to how hurricanes are ranked by categories, The U.S. Space Weather Center (SWPC) ranks solar storms on a scale of "G1 Minor" to "G5 Extreme," with a G5 storm being the most dangerous.

Have we experienced CMEs before?

Earth has been experiencing space storms throughout its history. Scientific data from ice samples taken from the arctic show evidence of massive geomagnetic storms as early as 774 A.D. In 1859, the Carrington Event, named after British astronomer Richard Carrington, caused mass terror when it obliterated the entire global telegraph system. Auroras were visible as far south as Colombia in what is considered the largest recorded account of a solar storm to hit Earth.

Because the Carrington Event occurred when humans were still early in their technological journey, the damage was minimal. However, experts say if a Carrington-style event were to occur today, with our reliance on technology, the effects could be devastating.

On March 10, 1989, astronomers witnessed a huge CME emanating from the sun which released a billion-ton cloud of gas, according to NASA.

"It was like the energy of thousands of nuclear bombs exploding at the same time," NASA said.

That ball of energy started heading toward Earth at a million miles an hour and collided with the planet’s magnetic field on March 12, 1989.

"The violence of this 'geomagnetic storm' caused spectacular 'northern lights' that could be seen as far south as Florida and Cuba," according to NASA.

But the beautiful light show wasn’t the only unusual thing that occurred. Power was knocked out for the entire province of Quebec, Canada, and lasted for 12 hours.

What to expect after April 14 storm 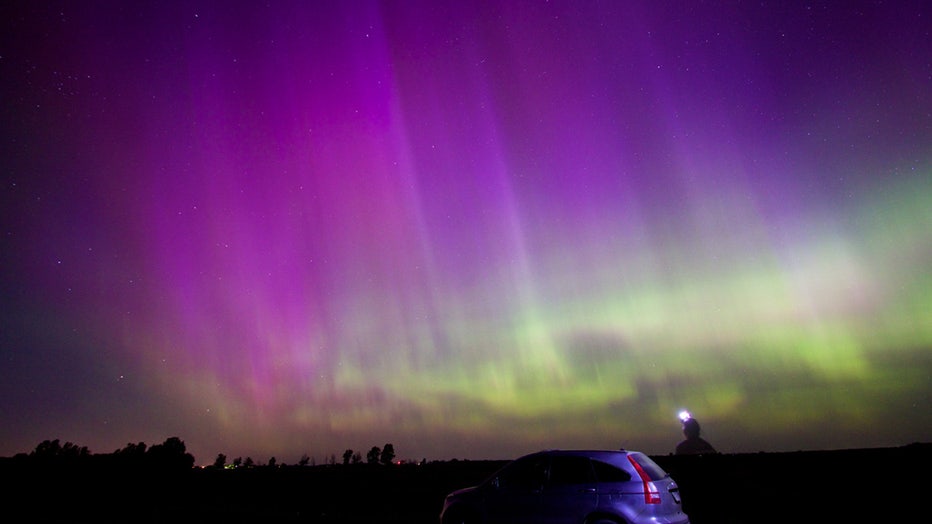 FILE - Earth is experiencing an ongoing geomagnetic storm that started on June 22, 2015 due to the arrival of an Earth-directed coronal mass ejection, or CME, from a minor flare on June 20, 2015.  (Courtesy of Christian Begeman via NASA)

People living in the northernmost states can potentially catch some mesmerizing aurora borealis - weather permitting of course, according to Earthsky.org.

Austin Williams contributed to this report. This story was reported out of Los Angeles.