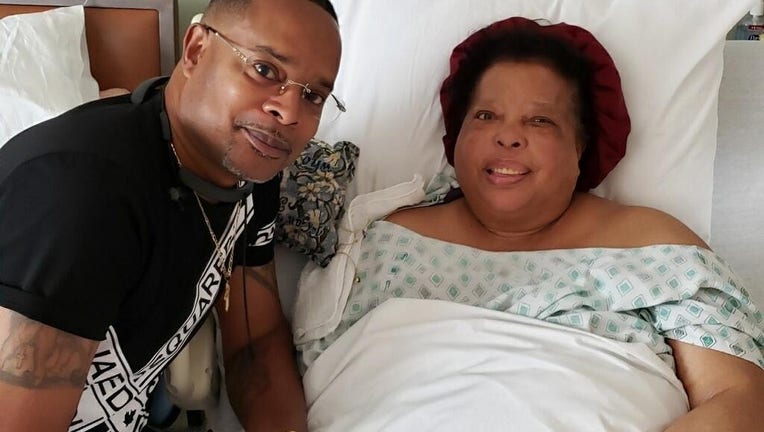 LA PLATA, Md. - Sunday is Mother’s Day: the first holiday Patrick Chesley says his mother won’t be around to celebrate.

Chesley tells FOX 5 his mother was a long-time Sagepoint Senior Living resident who died of COVID-19 in Charles County this past week.

The grieving son wanted to talk with FOX 5 about his 78-year-old mother, Arlene, who he says lived at the Charles County facility for at least two decades.

“I saw her when they took the ventilator off of her and she was peaceful and comfortable," Patrick Chesley said while wiping away tears. "That was the worst feeling that I’ve ever had in my life ... just watching her take her last breaths."

Chesley said he made the difficult decision after consulting with his family. His mother had been on a ventilator for about 17 days.

Dr. Haft and a Sagepoint spokesperson said at the time the facility was following federal health guidelines.

Maryland health officials have since fined Sagepoint $10,000 per day for "widespread deficiencies" in its coronavirus response, and a report released Friday night outlined multiple instances between April 21st and May 6th where Department of Health Care Quality surveyors found Sagepoint “posed immediate and serious jeopardy to the health and safety of its residents.”

Those instances included multiple reports of a coronavirus patient being placed and treated on floors that were supposed to have been reserved for non-COVID-carrying patients.

“When the nursing home called me to tell me they were testing my mom, they also told me, ‘Well Mr. Chesley, we’re short-handed,” Patrick Chesley said.

That was around April 14th, he added.

Chesley told FOX 5 that a few days later, his mother was admitted to a hospital after she developed a fever and her oxygen level dropped.

Chesley said the staff at Sagepoint had informed him that his mother tested negative for the coronavirus, but she tested positive at the hospital and was also treated for a urinary tract infection.

"That $10,000 dollars (the state) fined, it doesn’t appease me one bit," Chesley said. "What’s going to appease me is justice. Justice. Justice. Not just for my mom but for 34 other residents in that nursing (home) and for all of the employees who have been sickened by this coronavirus.”

Chesley says he is now seeking his own justice from Sagepoint, but did not elaborate. He also says the staff who remained on the front lines at the facility should receive higher pay from Sagepoint.

Sagepoint has 34 resident deaths, 97 resident cases and 31 staff cases as of Saturday. One staff member has also died.

Chesley says he is staying at a Best Western hotel and paying out of pocket – again – so that he can now plan a funeral for his mother. It’s not clear what that service might look like due to COVID-19 closures and limits.

FOX 5 has reached out to Sagepoint multiple times on various cases and residents. No direct response has been received.